A venture capitalist is someone interested in helping small startup companies with brilliant ideas. To do this, the VC may offer the company a substantial amount of funding in exchange for substantial equity in the new business. For example, a VC may provide $1,000,000 to a small company in exchange for 15 percent equity. If the business fails, the venture capitalist gets nothing, but if the company grows and expands into a major business brand, the VC can expect to receive hundreds of millions of dollars in return for his or her investment in the company.

According to published statistics, most small businesses fail within five years. Figures show that more than 20 percent of small companies fail during their first year, and more than 50 percent fail by their fifth year. Data also shows that only about 30 percent of any business started will survive to celebrate the company’s tenth year of business. With closures of startup business running so high, why would a VC want to invest in an unknown company? Some people would consider the probability rates of closure so high that it would be like gambling money away instead of investing. That is why Silicon Valley venture capitalists like Mark Stevens are around to invest in the unknown.

Banks and other types of financing companies would agree with the assessment that providing funds for a startup is a risky venture and should not be taken lightly. As the trend of beginning business closure during the first years continue, banks are becoming more selective in the type of financial backing they provide, the amount of interest they request, and the number of years they allow for repayment. This type of limited financial backing puts large constraints on the ability of the startup to become as creative, grow as quickly, or develop as they may want to, but it does protect the bank or other financing company from providing a risky loan.

As mentioned, many people consider providing money to a startup as gambling with millions of dollars at a time – and perhaps it is. However, almost all of the large successful brands that you have come to know and do business with were once helped by venture capitalists. Those entrepreneurs that helped build the internet, the web browser you use, or the technology behind the phone you carry in your pocket were once wondering if they were investing in companies that would crash and fail or businesses that would at least make the investment money back.

Although many companies are famous for stories about how they started out of a basement or garage, there are many more businesses that make it through the first or second year only to discover they need money for essential growth, inventory, or international trade. When that happens, the companies may seek out a VC that can help them with the necessary funds – again, offering the capitalist a part of the company in return. There have even been million-dollar companies that can find themselves in a bind and request help from outside funding. It is not as rare as you may believe.

When a company needs to grow or expand, the money is distributed in installments, rather than presented as one lump sum. These installment payments to the business are called venture rounds and have different categories – pre-seed, seed, and Series A to F. After the business is given the first money, the company must present documents that show expected growth, product creation, or revenue that was discussed and expected before they can collect any more money from the expected venture rounds. Seen money is often at least $1,000,000, whereas Series money is over $5,000,000.

Although it would be a fairy-tale story if venture capitalists hit the VC world as a single entity and came out on top every time, the reality is that most VCs are part of a group that offers the funds. These can be large groups with hundreds of millions of dollars for investors to offer or just a few friends with a few million dollars. There may also be partners in the group that are from investment organizations such as pension funds, university endowment programs, and insurance companies.

Venture capital is an important part of the financial program in the society you live in. Not only do VCs help those young startup companies with much-needed money, but they can also get an amazing return on their investment and use the new money to begin again. 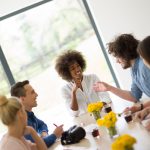 How to All But Guarantee Increased Efficiency for Your Company 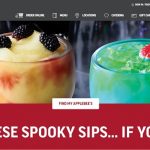 How to Create a Website for a Multi-Location Business