While being a boss and a leader may seem similar at first glance, there are key differences to think about when talking about these two terms. Bosses want to get things done no matter the cost, while leaders get things done all while keeping their colleagues motivated and boosting their morale. It's true that many bosses out there are good leaders, but there's at least an equal number of them that provide bad leadership. And while bosses will mostly be concerned about the outcome and then take the credit for it, leaders will pay attention to the process itself and the people involved.

That's why we've decided to highlight some of the key reasons why you'd rather want to be the leader than the boss.

A Boss Rules, While a Leader Leads

There's a reason why some of the best military chiefs were the first to go into the battle, followed by the troops whose fear was removed by the sheer presence of their leader. There's a big difference between someone who orders others what to do and the one who leads by example. This is why great leadership often requires you to possess certain skills that you want from your colleagues. An experienced salesman, for example, will have a much easier time explaining how to improve the sales than the one that's only interested in the outcome.

Besides, most successful startups out there can tell you that their success was based on teamwork and not following blindly on one person's vision. Any company is as good as the employees that work for it, and the better leadership skills you possess - the more successful it will be.

The major difference between the two is that a boss usually has no time to listen to employee's feedback, or just finds it irrelevant. What they need from their employees is to pay attention to the commands that they're issuing and obey them to the letter. This leaves little room for advancement, as many of the employees who might have a good idea instead decide to keep their mouth shut and work in an unhealthy environment.

On the other hand, a leader will always try to listen to the opinions of coworkers and try to come to the bottom of the problem. Whether it's advising, discussion, brainstorming, leaders will always communicate with their team and in turn, the employees will feel better and do the job with greater confidence.

Every business in the world runs into obstacles from time to time, and it's these periods that best show whether you're facing a boss or a leader. Bosses will feel like they have to take over and micro-manage their employees, often followed by intimidation techniques to push their employees into action. Opposite to that, a leader will try to keep the morale up, because a leader understands the importance of every single employee - especially in the problematic periods. As a result, a business can even decide to show just how they're dealing with the problems through Instagram marketing, while an unhealthy workplace will never be able to boast about its atmosphere.

The worst thing that can happen to any employee is to have their boss shouting at them in public, in front of all of their colleagues. This happens because bosses want everyone else to see what happens when someone messes up. This can have disastrous effects on employees, especially the one that's being scolded. This often happens without giving any valuable criticism as to where the employee went wrong, so the actual effect of it is completely diminished.

A leader will always try to talk to the employee in person and try to solve the problem in private, all while offering insight into where things went wrong. This is especially important for companies that dwell in marketing and web design and need to make a lot of adaptations during the campaign, which is why website development experts value leadership skills so highly.

What most bosses out there like to do is create a competitive playground for employees to compete. While this affects productivity at some level, it also causes stress and tension among team members which then negatively affects that same productivity in the future. This also leads to bosses having their favorite and non-favorite employees, which creates an unhealthy atmosphere.

A good leader knows the real value of humility which is why they'll always try to treat everyone equally in order to create a dynamic, productive atmosphere. They know better than most that in business there's no place for personal preferences, so they always try to stay objective and give the same treatment to every member of their team.

While most people strive to become a boss at some point, it's actually quite clear that being a boss is inferior in every possible way to being a leader, especially when it comes to the success of the business in question. Not only do leaders create a better atmosphere, but they also have a better chance of taking their team to the next level. In the end, a leader doesn't have to be a boss or a manager at all. A leader can be your co-worker, someone who inspires people around all while doing their job. Building your leadership skills may take a lot of time and effort, but in the end, it's going to pay off. It always does.

Why Being a Leader Is Always Better Than Being a Boss 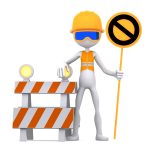 How to Improve the Safety of Your Workers 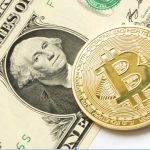 Watch out Kickstarter: Blockchain Crowdfunding is the New Way to...