Why 2012 will be year of the artist-entrepreneur 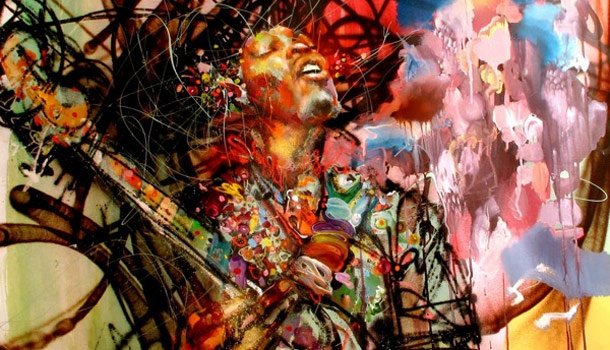 While 2011 was a big year for political unrest, another uprising was afoot in the world of content creators and artists. Everywhere you look, artists are taking more control over their own economic well being, in large part because the Internet has enabled them to do so. You see it in all forms of content, from books, to video to music.

A few examples from this year:

Video: The story of the year for artists-as-entrepreneur came at the tail-end, with Louis CK saying no thank you to corporate middlemen and putting his new concert video online for $5 a pop.

Radio/Music: All sorts of independent entrepreneurs are putting audio entertainment online, from the rise of podcast kings like Leo Laporte to a huge number of independents like Adam Carolla and Marc Maron. Music artists are being given freedom too, through new platforms to create and share their music like Soundcloud.

So what is driving this movement towards the artist-entrepreneur that will give it huge momentum in 2012?  Here are a few underlying trends:

The middleman is under attack on all fronts, whether its in video, music/audio and e-books. As

devices like TVs become connected, as books become e-readers and tablets, and music is now digital, the storefront is fast-becoming the entire distribution chain.  With e-books it’s Amazon or Apple, with radio it’s iTunes, with video it’s Google/YouTube, Netflix and other upstarts who are investing in original content, or simply direct-to-consumer efforts using web-payment platforms like Paypal.

Louis CK, who created his own site, paid for bandwidth, and used Paypal for payment, captured how many artists are beginning to think when he said in an interview with Bill Simmons that he “didn’t want to cut out the middleman, I just didn’t need one. There wasn’t any reason to have someone there. I just thought make this thing and put it up.”

Content production, distribution and monetization tools are becoming democratized through the web

In e-books, distribution and storefronts have already collapsed into one, but managing distribution across multiple channels is difficult since storefronts are still siloed (Amazon is separate from Apple iBooks, which is walled off from Barnes&Noble, etc). However, companies like Smashwords enable

creation and distribution across multiple storefronts, while Vook, post-pivot, is working on SaaS tools to create e-books and manage their distribution, complete with reporting and management dashboards.

In music, artists are starting to embrace sites like Soundcloud to create music and share it, while others direct-to-fan sites like Topspin Media are enabling artists to create commerce sites to sell music in turnkey fashion. And it’s not just music sales, but actual concert tickets. The Pixies used Topspin to sell tickets for a recent concert, utilizing email campaigns and to notify fans and processed the tickets using an iOS app at the door.

With video, big middlemen still dominate, but that is changing as video creation and distribution costs come down in a world of connected devices. As Ryan Lawler wrote in a piece for GigaOM Pro:

“independent content creators stand to gain the most through massive reductions in the cost of recording equipment and editing software, as well as the greater availability of streaming video service on connected devices. They gain new distribution opportunities for their content and greater possibility for monetization. Consider any of the top YouTube video channels, which probably wouldn’t be able to survive in the pay-TV universe but have created thriving businesses due to the cost structure online.”

As Matt Mullenweg put in in his New Year’s resolution on GigaOM:

“For a year now, I’ve said scripting is the new literacy. That’s something I strongly believe. In Douglas Rushkoff’s latest book, he talks about “program or be programmed.” That is, if you’re not in control of your inputs, you’re not really in control of your outputs either. You’re just a reactionary force.”

Matt is right, in that scripting is the new literacy, and a growing form of artistic expression. Tech-savvy artists are creating apps and developing sites to put their art into the world. Whether its Matt Inmann creating his work and coding his site at The Oatmeal or young app developers like Robert Nay, artists are becoming coders and vice versa, since, as Mullenweg states, scripting is “new literacy”.

No doubt, the vast majority of economic wealth is still distributed through large corporate media, but as new technologies enable artists to reach consumers directly through push-button creation and distribution, there is a movement afoot. Expect this movement to expand in 2012 as more artists take control of their own economic destinies and become part of the artist-entrepreneur generation.