By Lisa Canning
9 years ago9 years ago
2
ShareTweet 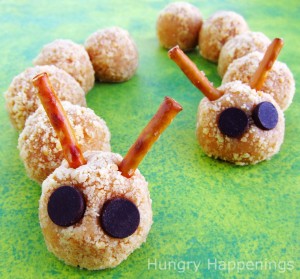 Last weekend in class, Josephine, our cuisine artist, said something that really has stuck with me.  She said, “without a remarkable recipe you can have all the best ingredients in the world and your food still won’t taste very good.”

Reminds me a lot of how I feel looking back at my first business. At 17 it was both the most brave and the most scary thing in my life I ever decided to try and do. Beginning my business even trumped leaving my house at the age of 13 to go to boarding school and escape my alcoholic mother.

And yet I didn’t get the recipe right and it cost me a lot of chewing on not the best tasting food.

When I started, I knew I loved playing my clarinet, and I learned quickly to be pretty good at managing money- being driven to leave home so young and all. And I had these visions in my head of how I thought I could help my friends who were artists.

I say visions because they came to me like visions and felt like gifts I was suppose to use.  You see, I saw my art friends in the plain light of the day and they were mostly unhappy, or  increasingly frightened or threatened or becoming self-destructive because of all the pressure we face. Good luck getting a real job in your field after art school, right?

I had this crazy idea that I could help them build their skills so they would feel better and that it would restore their well being. I just felt so determined to try and do it but I was so afraid of admitting it to THEM- because what I saw in the field drove me away from pursuing a career as an orchestral musician. And it was what I wanted to do more than anything in the world- and they did too. I just loved playing the clarinet. I still do.

But my friends were mostly scaring me. The better I felt the less they spoke to me. And some of them were putting stuff up their nose or drinking in the morning. It was scary to me and it hurt my feelings too. I wanted my QUIRKY CRAZY STABLE friends back.  So I decided I needed to do something about it so I opened a music shop.

Yah, I know. It doesn’t make sense. But that’s what young inexperienced entrepreneurs do in whatever field they begin, without help,  because their passion drives them- it makes their elephant move with no rider on their back. They become relentlessly obsessed and unstoppable. Its scary in its own way too and true.

But I wanted to help my friends. And eventually I did. I employed them and their skills and confidence grew. They were fun to be around again and knew now how to be highly productive with their skills too. But I wasn’t running a school. I had it all wrong. And as the business grew increasingly I had to to deal with yet more drama- surprisingly from my suppliers and competitors too.

I don’t know about you, but I  still can’t believe in my “lifestyle businesses” how much corporate corruption, deceit,  and transgressions – you know, those little atrocities that lead us down an increasingly darker path- I witnessed over my 20 years. So many of my suppliers and competitors were a mess- inside and out. There was always a soap opera playing out somewhere. “Oh wow! Look! Can you believe who is screwing who?” Figuratively and literally.

Why in the world would anyone every want to actively engage and “listen” to that? Especially when its REAL.

Have we ever stopped to think that of course our human nature is going to “whip out our headphones and retreat into ourselves and our computers” with the gale wind force of stuff like that blowing all the time over our heads and around our souls? We might even, instead, get out a mega phone and choose to blast our message off instead of hold it in silence alone. Either way, what else could possibly be causing so many people in our world to retreat in such similar ways?

Do you think maybe our fascination with horror ( from reality to crime story TV shows) is a symptom of our parched creative world?  For 18 years creativity has steadily declined. Are we going to wait for it to become a slow drip with a long pause in between until the next drop?

Do you think our throats are cracked open, bone dry, and we are so desensitized to what the flow of positive creativity can do for us? Are the flies, like ravens, beginning to swarm? Yah. Give me the headphones please. Who want’s to face that thought?

Oddly. I do. But I am thinking I am need some fresh water to drink first.  What about you?

Where’s your recipe? or Please give me some water