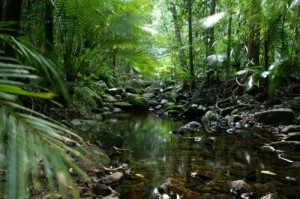 Why should we give a damn about ecosystems?  This is a question worth asking.  For entrepreneurs and innovators slogging away building real companies and inventions,  the whole thing seems so abstract, so remote.

Below is an essay I have written for our Global Innovation Summit, which happens next week in Silicon Valley (www.innosummit.com) and which I call our “Davos for doers.”  We have already confirmed over 300 people from 40 countries.  This essay is my attempt to step back, and look at where we are in the broad historical arc of economics, culture, and politics.  It’s more than just about innovation…

Why Rainforests?  Why now?
The importance of innovation ecosystems at this moment in history

On the surface, there is solid reason for rejoicing.

Human civilization, when viewed across the span of history, is thriving.  The last decade has seen fewer deaths from war than any decade in the past century.[1]   Empirical evidence suggests that, when viewing the world in aggregate, standards of living have continued to increase steadily since the Industrial Revolution.  Since 1820, per capita income worldwide has risen more than eightfold.[2]  And the macro-trend lines for human welfare are still pointing up.

These mega-sweeps of history are so complex that there are inevitably countless causes at work.  We know that science, technology, and innovation must be a major cause, as our civilization makes useful products and services ever more efficiently.  The robustness of democratic freedom is also part of the answer.  Dictatorships continue to fall, and common people have their voices heard more and more in how they want to be governed, which means much less violence by the state against the individual.  Free market capitalism is another part of the answer.  Unleashing people and enterprises to grow and compete freely has been the equivalent of unshackling billions of stallions to burst from the racing gates.

Yet, at the same time, we are compelled to stand athwart human history, and declare that something important, something big, is still missing.

We see manifestations of the Big Missing, but it’s hard to see the thing itself.  The financial crisis of 2008 was such a manifestation.[3]  How could so many so-called sophisticated investors, who had every right to say “NO” to buying mispriced financial assets, still end up buying them, destroying each other, and nearly bringing down the world’s financial sector with them?

The increasing inequality between the world’s richest and poorest is another such manifestation.  The richest 10% of the world makes as much income as the bottom 90%, and the gap appears to be getting worse.[4]

The protests of young people that circled the world last year—from the Middle East, to Europe, and America—said many different things on the surface, but they all seemed to point to some common, invisible thing underneath.  There is a deep discontent in the world, one that people have trouble putting into words.

Financial instability.  Social inequality.  Political disruption.  We see the obvious footprints of this mischievous beast, but the animal itself is elusive.  This Big Missing thing must be invisible, or at least very, very hard to see.

We gather here today in Silicon Valley to attempt to see this thing, to grapple with it, and to tame it.  What is clear today is that the cold, mechanistic, rationalistic models that economists have used to describe our world—and to prescribe cures for its ills—are not sufficient.  Many of us already feel this intuitively, but it is now time to pronounce it out loud.  Things like culture matter.  Community matters.  Trust matters.  Dreams matter.

The reason the fuzzy things matter is because they help us overcome the barriers that naturally divide us.  And only when those barriers are lowered do the raw materials of innovation and economic growth—ideas, talent, capital—flow more efficiently throughout the entire system, like nutrients in an interconnected root network.

Human society is a biological system, too.  Highly productive human networks resemble natural rainforests in this way—it is not just the presence of basic ingredients; it is the recipe of serendipitous tinkering that causes the bounty.  But barriers between people are ubiquitous and inhibit the efficient flow of economic resources to allow this tinkering.

In Silicon Valley, we see a living, breathing system that emerges when a trust-based, collaborative community reduces countless transaction costs in the innovation process.  These costs are what would otherwise cause entrepreneurs and innovators to die deaths of a million cuts, as they do in most other places.  Human networks like this have thrived at numerous periods in history—the Renaissance, the Dutch Golden Age, the Song Dynasty, for starters—and in each era we can see the same human forces at work.  Innovation needs not just freedom from the formal constraints of legalized oppression, but also needs freedom from the informal social constraints caused by distrust, fear, miscommunication, and distance.

Fortunately, the social networks of the future no longer need to be imprisoned by geography, as we can build overlapping social networks that traverse the boundaries of the past.  There is no inherent reason why we cannot grow Rainforests everywhere.  If humans can define the detailed surfaces of Mars and pinpoint the subatomic particles that create mass in the universe, surely we can understand and shape the process by which humans interact with one another productively.

So together, let us begin a transformation in economic development.  Like the post-modernists who transcended the traditional, rigid boxes in the fields of visual art, music, dance, and architecture, it is time for us to define a “post-modern economics” that move beyond the old, harsh dichotomies of thinking that have gotten us where we are—rational versus irrational, control versus chaos, predictable versus unpredictable.  What Silicon Valley teaches us is that these distinctions can be profoundly misleading.  There is often deep value lurking in what seems at first frivolous, messy, and surprising.

Innovation only thrives in ecosystems that cherish and nurture what makes us uniquely human, quirks and all.  This we now know.  How to foster these ecosystems, however, is the harder part.  It will require the collective labors and hopes of many to answer this great challenge of our time.  It takes a Rainforest.

I wrote a book on innovation ecosystems – The Rainforest: The Secret to Building the Next Silicon Valley – which is actually about the future of human civilization. I’m organizing a major conference on building innovation ecosystems. To borrow a phrase from designer Charles Eames, eventually everything connects: technology, biology, psychology, natural systems, art, music, design, love…

How generous should I be?

Swimming Downstream in the Current of History & New Models...