By Lisa Canning
10 years ago9 years ago
8
ShareTweet 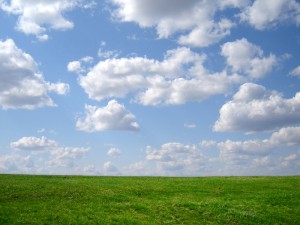 As our summer programs for The Institute for Arts Entrepreneurship begin to roll out, I find myself consistently thinking about just how much blue sky and open space there is in the world of entrepreneurship for artists. So many new businesses and new ideas to be implemented that no one else EXCEPT an artist– a creative superhero just like you- could create.

But with all the creativity you have inside of you, do you need an original thought or idea to construct your venture around? How much does originality matter? Are you really creative as an artist if your business idea is not a true one of-an  original- enterprise?

In thinking about this question I thought it might be worth looking at some classic business examples.

Take for example a brand new hot franchise; the toner cartridge refill business.  There is nothing revolutionary about refilling toner cartridges, at a discount, over having to buy a brand new one for your printer, at full price, every single time. Nothing original at all; except for the fact that a brand new market has been created based on something so incredibly simple. Cartridge World, the leader in this market, was recently ranked by Entrepreneur Magazine as one of the fastest growing franchises in the U.S. The company has more than 1000 stores open and is opening more than one new store per day.

Many business ideas begin by identifying a market problem or need, just like Cartridge World’s creator Bryan Stokes did, and then go on to produce a product or service that fills that need. Others discover or create an entirely new market that no one ever thought of before. What did we do before email, cell phones, the internet, or Starbucks coffee?

Becoming an entrepreneur is a balance between the use of logic, risk and creative obsession. Combining these skills in equal parts, like the three sides of a triangle is the surest way to produce the right kind of environment that is ripe for economic benefit.

While the Cartridge World example of entrepreneurship is not founded in artistic expression, it demonstrates clearly the role of innovation in the controlled environment of pure entrepreneurial,Â  albeit not artistic, development. This example, however, does embody 2 sides of the triangle entrepreneurs know best and that we, as creative types, need to continue to develop; logic and risk.

In the early 1990’s Circuit City executives Rick Sharp (CEO) and Austin Ligon (Vice President of Corporate Planning) spearheaded an effort to identify a new retail opportunity to extend Circuit City’s growth into the next decade. They looked for a large retail category with no significant national competitors and unmet consumer needs. Extensive research pinpointed an excellent opportunity in automotive retailing, especially in used cars.

In 1992 they tested the idea with a broad range of focus groups where consumers told them that car shopping was a fairly bad experience. Based on this market input, the CarMax concept was refined and a business plan was developed.

CarMax created a hassle-free car shopping experience, with a good selection of high-quality, trust-worthy cars that delivered exactly what the consumer surveys and focus groups said they wanted.

The first CarMax superstore opened in 1993, and by April of 2004 the company appeared for the first time on Fortune Magazine’s Top 500 companies, debuting at 435.

The CarMax concept focused on finding a business that was good for the bottom line and generated lots of profits. The idea was based on customer feedback, then further researched and tested. Financial projections and a business plan were set. As the company met each goal expressed in their business plan, the business was proven to indeed be a significant money making venture.

To a highly creative person, the concept that Car Max developed may not seem particularly original. However, when it debuted, it was an extremely innovative twist on a very old way of doing business. This is at the root of what true creativity and classic entrepreneurship is all about, and is something that every creative person needs to understand and learn.

You don’t need an amazing, original, new idea to attract enough good customers to achieve economic viability. You simply need one solid idea that can come from something tried and true but is founded in your true creative obsession(s).  And you cannot forget that you must do the proper planning, research and testing required before you begin. Before any idea is executed, it must be tested, researched, analyzed and backed up with financial statements to show why it will work. Our 12-week Bite-Size Arts Ensemble workshop that will begin in early June will give you the opportunity to begin to test and research your ideas, by the way. Following our 12 week workshop, Boost Camp will launch, at the end of July, to turn those ideas into a business plan!

But as successful innovative companies like CarMax know, ongoing client excitement and interest in a venture comes from the truly creative touches a venture can consistently produce, which gives creative types a clear distinctive advantage in building ventures if they can learn the entrepreneurial skills needed to properly test market, research and analyze the potential viability of their idea.

Some of the most remarkably creative business ideas are often equally founded in common simple things and don’t have to be all that revolutionary to be very marketable, effective, and profitable.

Lots of people, including me, build businesses on somebody else’s ideas. My musical instrument business, which I started in college, was founded on a tried and true concept selling products through the mail and eventually in retail stores. It worked for me because I was able to shape it around my obsession to be a catalyst for others to creatively grow through developing their musical gifts with the right musical instrument, and mail-order was a perfect economical vehicle for my obsession.

I built that business, and after it three more, on a structure of retailing and customer service that are far from original. What I did do that was original was to find a way to make those familiar ideas unique through my passion and interests in the arts. While my ventures have not lead me to extreme wealth, they have rewarded me handsomely, both financially and with the freedom I seek as a creative being to live my life on my own terms.

Some of you, like Starbucks coffee founder Howard Schultz, will find immeasurably wealth in the market that your unique talent is best suited to explore, while others will be handsomely rewarded but find a more modest life than the super rich and famous. Either way, the right-sized pot of gold is waiting for you at the end of the rainbow, if you follow the dream you are meant to walk around in and live.

Pour Your Heart into It

Howard Schultz, the founder of the small coffee shop in Seattle that became Starbucks, built an international institution that is now $29 billion and growing by following his passion and personal value system.

When Howard bought his first coffee shop on Seattle’s waterfront, his vision of his future was not well defined. But by using his creativity, passion, and value system, he shaped what Americans have done forever; drink coffee, into a national obsession.

Again and again, I’ve had to use every ounce of perseverance and persuasion I can summon to make things happen, he said. Life is a series of near misses. But a lot of what we subscribe to is not luck at all. It’s seizing the day and accepting responsibility for your future. It’s seeing what other people don’t see and pursuing that vision no matter who tells you not to. … when you really believe — in yourself, in your dream — you just have to do everything you possibly can to take control and make your vision a reality.

Main Street America now has a coffee shop which serves as a home away from home for millions of Americans as a result of his creation. Clearly his idea has been copied by many, and clearly selling coffee was and is not a new idea.

What was new and remains the creatively unique to Starbucks, unlike its newly found competitors, is the unique concept of how to sell that coffee that Howard Schultz and the Starbucks team continue to apply. Schultz discovered American’s desire to hang out in a cool place to work, socialize, and bond. His coffee gives American a way to do exactly that.

He continues to reshape and redefine his vision through the way he honors and embraces his employees, offering excellent unfound benefits in similar types of lower level positions and flexibility to encourage them to stay. He has continued to evolve his business through the release of enjoyable CD’s ranging from blue grass to jazz as well as through the ever changing shape of his store layout design and creature comforts within.

Howard Schultz wrote an excellent book about Starbucks entitled Pour Your Heart into It. Some of the principles he ascribes to his success, which truly don’t require the re-invention of the wheel, are:

Howard Schultz believes in himself and his value system strongly enough to have defined his business concept and stuck with it. A business idea that allows for you to personally invest 100 percent of your value system into, and is directly in line with your passions, means you are only steps away from living your dream.

If you are creative, being original is not as necessary as being innovative. As in the examples of Starbucks or my own business, Lisa’s Clarinet Shop, the role innovation plays is more critical; innovators let their creativity and true obsessions show.

What Can You Be The First in a Creative Business to Do?

Next Post
If You Become an Arts Entrepreneur Are You Still an...
Challenging Conventional Wisdom