A recent blog by Dan Isenberg from Babson College argues that there has been too much focus on startups around the world and that “infinitely more important is to embed scale-up.” Of course, Dan has a point in that I frequently hear leaders outside the United States lament their lack of billion dollars firms, but I think we are far from the point when we can stop advocating for better support for new starts. Not only is most of the world still focused on size not age of firms—talking “SMEs”—but we still do not know enough about the science of startups and how to best support those that want to scale. As with kids—to play along with Isenberg’s analogy—we have to help firms start better if they are to scale later in life and now is not the time to pull back the throttle on legitimizing founders and startups as a centrepiece of that economy policy.

It was in this context I joined the Startup Nations Summit in Ottawa, Canada last Friday. In partnership with Global Entrepreneurship Week, this group represents countries that are building programs that enhance their startup culture to support more high-growth entrepreneurs. Mostly grounded on public-private partnerships, the likes of the Startup America Partnership, StartUp Britain, Start-Up Chile, LIONS@FRICA, Start-up Russia and others, base their vision on two parallel beliefs. First, the notion that entrepreneurship is the most powerful engine for economic growth and prosperity; second, that there is much work still to be done in selling that message to the public at large if they want more of them to scale.

Each startup movement is different. For example, Start-Up Chile works more like an incubator of immigrant entrepreneurship while Startup America or StartUp Britain serve as platforms for various initiatives. Last week at the “Startup Nations” gathering in Ottawa, it became clear that the most committed leaders structure their entrepreneurship movement to tackle the weakest points in their ecosystems. It was also clear that the most impactful initiatives are those managing not only to increase the pool of new businesses, but also to increase their chances to grow into high-impact, (and, yes) scalable, firms.

The newest movements are building on best practices. Startup Canada, which hosted the Startup Nations Summit, has in a short year built a nationwide movement modelled after the Startup America Partnership. Judging by Startup Canada’s Blueprints & Action Plan, and the attention given to it at its official launch with policymakers in which I participated, this effort is much more than paying lip service to entrepreneurship. Victoria Lennox, Adam Chowaniec and all those behind building Startup Canada should be proud of what is a carefully thought out effort to boost business creation and growth involving multiple advisors, patrons, partners and sponsors. It will not make everyone happy but it is regarded as a national milestone achievement despite the fact that Toronto and Vancouver are already two of the most successful startup ecosystems globally (8th and 9th respectively), according to the The Startup Ecosystem Report 2012.

We have much to learn from best practices around the globe, especially because it is no secret that most new businesses fail. Despite this, unleashing a massive wave for entrepreneurship pays off according to a wealth of data. For example, as Dan Isenberg also noted, Endeavor argues that just two or three ventures that scale extraordinarily can have an utterly disproportionate impact on dozens of successors and impact the entrepreneurship culture in a region. More recently, new analysis suggests that recovery in hiring and job creation in the U.S. since 2008 is stronger in newer firms, those two years old or younger, than in more established companies (see the Kauffman Foundation “Job Creation, Worker Churning, and Wages at Young Businesses”).

We need more transnational dialogues on boosting the number, survival and growth rates of new startups. The global perspectives at the Startup Nations gathering and the international support for Startup Canada are a great way to approach startup ecosystems at home. Startup champions shared lots of successes and failures in their efforts to weave together an ecosystem that provides mentors, capital and best methodologies. When I showed Brad Feld’s Kauffman Sketchbook video, StartupVille, there was unanimous agreement that indeed it is entrepreneurs that should lead startup communities despite the wide array of organizations represented at the Summit. If the current trend continues, we should see many other places under the radar of the Startup Ecosystem Index.

Dan Isenberg is right. We need more firms to go to scale. However, it is when their founders are going through the iterative process of validating their formulas that we can have the greatest influence in helping them mature as scalable. 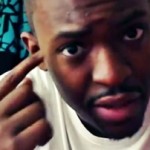 Why I Hate School But Love Education||Spoken Word

Branding Your Vision: Tips for a Strong Logo