The holy grail of success in the new economy is “thinking differently,” according to the latest book, Imagine: How Creativity Works, by Jonah Lehrer.

“The invention of the Swifter,” he says, “is a tale of Creativity… [because] Harry West and his team managed to think differently about something we do everyday.” 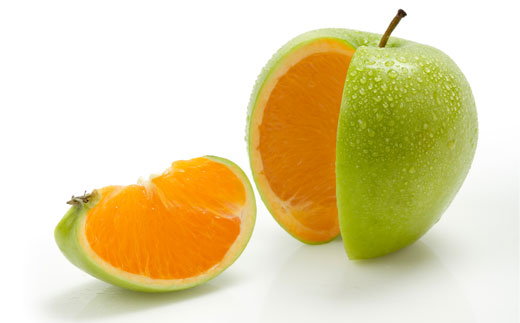 Here’s to the crazy ones. The misfits. The rebels. The troublemakers. The round pegs in the square holes. The ones who see things differently. They’re not fond of rules. And they have no respect for the status quo. You can quote them, disagree with them, glorify or vilify them. About the only thing you can’t do is ignore them. Because they change things. They invent. They imagine. They heal. They explore. They create. They inspire. They push the human race forward.

But we don’t have to an Einstein, or even crazy, to be creative and innovative. We do have to let go, imagine, connect the dots, or as Lehrer puts it “form new connections between old ideas.”

We also have to draw on both sides of our brain.

This, of course, is the argument of Dan Pink, author of A Whole New Mind: Why Brainers Will Rule the Future. Pink says, “The era of ‘left brain’ dominance, and the Information Age that it engendered, are giving way to a new world in which “right brain” qualities — inventiveness, empathy, meaning-predominate. That’s the argument at the center (of his thesis) which uses the two sides of our brains as a metaphor for understanding the contours of our times.”

Author and educator Mihaly Csíkszentmihályi describes getting both sides of the brain to work together as “flow… a mental state of operation in which a person in an activity is fully immersed in a feeling of energized focus, full involvement, and success in the process of the activity.”

Drawing on both the right and the left logical side is more difficult in large part because we have not used the right side much. Most education aims at nurturing the left side so after a time the right side kind of atrophies.

Betty Edwards, author of Drawing on the Right Side of the Brain advocates, “suppressing” the left side of the brain in favor of the right side. As Tony Schwartz, author of The Art of the Mind describes the process: “It focuses on disregarding preconceived notions of what the drawn object should look like, and on individually ‘seeing’ edges or lines, spaces, relationships, and lights and shadows, later combining them and seeing them as a whole, or gestalt.”

Betty Edwards’s methods are simply to have students paint something upside down. Another common technique — one used by many art teachers — is to “gesso” or paint over each day’s work. Since we all tend to rework each piece until we have something we like, this ‘destructive process’ sets us free to start over again and not get too attached to each effort. Being bold sometimes means using your fingers instead of a brush or painting on cardboard instead of canvas. Or as Helen Frankenthaler, who “helped point art in fresh directions after the initial post-World War II explosion of Abstract Expressionism” preferred: mops and sponges.

Learning to be creative opens the door to painting or performing or pursuing a new vocation or hobby. Unfortunately, we live in a left-brained world and most people have forgotten how to exercise the right hemisphere. It takes time and effort to relearn, to let go, be creative. Making mistakes, taking risks, experimenting is all part of the formula.

Yet there is profound hope because “we are all born creative,” as creativity expert Sir Ken Robinson asserts.

Thinking Different: Unlocking the Keys to Your Creativity

Are Maker Spaces the gateway to more creative start-ups and...

How do you promote creativity in an organization run by...