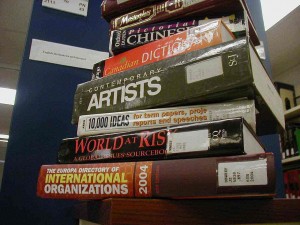 Education is a hot political issue this year.

Well it should be, as everything that seems to be going south points to serious deficiencies with our whole educational system. There is agreement we have a problem with K-12 education, but there is not a widespread recognition that it starts at the top… at the university level.

Most higher education institutions do a credible job of distinguishing themselves so that students and their parents can pick and choose, but they provide no reliable statistics about whether real learning takes place, or whether the student is prepared to enter the workforce.

In a rather controversial book, Academically Adrift: Limited Learning on College Campuses by professors Richard Arum and Josipa Roksa, it was reported that 45 percent of the 2300 students included in the study “demonstrated no significant gains in critical thinking, analytical reasoning, and written communications during the first two years of college.”

The Chronicle of Higher Education, reporting on the study, said, “that a significant percentage of undergraduates are failing to develop the broad-based skills and knowledge they should be expected to master.”

This lack of accountability is among the latest concerns with our entire educational system.

As serious may be the way students are encouraged to apply to universities and are accepted, if at all. Given the sheer number of applications received, most universities rely on GPA and SAT scores to help them make the cuts. The students (and usually parents too) pore over their applications and accompanying letters relatively unaware that they won’t be examined closely unless or until they make the first cut.

The more serous complaint may be that SAT scores and GPAs are not effective measurements anyway, and success in college is not a determinate of success in life, or the job market either.

Part of the problem is there is little agreement on what a college education means. According to a Pew Study, “Just under half of the public (47%) says the main purpose of a college education is to teach work-related skills and knowledge. Another 39%, however, says that college is an opportunity for students to grow personally and intellectually.”
And the students themselves “value college most for job and career preparation, with intellectual objectives close behind.” Also, “students strongly or somewhat preferred the statement that a college education prepares you for a career or profession,” with 83 percent indicating that they strongly preferred that statement. They also strongly preferred a college education that enabled them to “acquire values, habits, and skills that prepare you for many different opportunities.”

The question is are they getting career or life preparation?

The Chronicle of Higher Education, once offered the theory that “Majors are scholarly silos standing in the way of learning” and are part of the difficulty administrators and faculty have such a difficult time making changes that count.

Universities are doing little to remove these silos. Admittedly they have recognized changes in the knowledge base, and often established new courses to meet such changes; they have even created new majors but seldom eliminate any majors or courses or merge them. K-12 schools similarly, have made some changes to the curriculum, but this is like moving the chairs around on the Titanic.

Wholesale change across K-12 and the university system is needed.

In the wake of the worldwide spread and influence of the Internet, the computerization of news archives and libraries available on the Web, literally thousands of references are available at the click of a mouse. Thus the challenge today is not acquiring information; it is determining which information is relevant. What skills are most important, what jobs are available.

There is an urgent need to restructure universities and provide the new curriculum our global, technology-driven future demands. In an age where we are discovering that everything is connected to everything else, the interdisciplinary curriculum is the one that best serves students in this new and uncertain future.

Politicians and the public are now asking some of the tough questions: Is it the teachers, their unions, the presence of charter schools, the disparity in public resources or the growing dropout rate that needs fixing? These are some of the issues up for debate. Maybe it’s the curriculum itself. Maybe it’s all of the above and more.

The fact is the world economy is changing. The debates over our schools — at every level — need to change too. Universities need to be more accountable for what they promise and those that train the teachers and administrators particularly, have to be part of the K-12 debate and play a significantly expanded role.

The Trouble with Universities

How Do We Create Effective Teams and Collaboration?