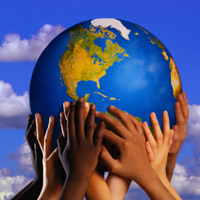 As we approach the end of 2011 and take stock of this year in social entrepreneurship – the stories, the leaders, the emerging solutions — there is a strong sense that we have finally entered the decade of fruitful social change. Back in January, we spoke to leaders with various roles in the social change sector about their predictions for the social entrepreneurship movement in 2011. Based on their assessments of where the sector was headed, we compiled “8 Trends in Social Entrepreneurship to Watch for in 2011.”

Looking back on those predictions, it’s clear that 2011 has shaped up to be a defining year for social entrepreneurship, a year that was characterized by rapid evolution in the sector, a more unified movement, and increasingly robust participation and action. “The mindset around social change has become pervasive, and that creates an optimism in the world that we can make widespread changes,” says Sasha Dichter, Chief Innovation Officer at Acumen Fund, who served as one of our trend-spotters this year.

After checking back in with leaders in the field, three major themes emerged that have defined the social impact space this year. Here we review the year in social entrepreneurship and examine how we can optimize for greater impact in 2012 and beyond.

It became apparent in 2011, that the social entrepreneurship movement has evolved beyond any notion that entrepreneurs are the only ones responsible for change. Major news stories this year, from the Arab Spring to Occupy Wall Street, were indicative of a new kind of society in which every type of individual feels empowered to bring about change. This broader societal trend of a growing sense of personal responsibility has been reflected in major ways throughout the social entrepreneurship movement this year.

Earlier this year, Gabe Brodbar, founding director of the Catherine B. Reynolds Program in Social Entrepreneurship at NYU, pointed to a trend that he called the “evolution of a meta-profession,” meaning that many other professions are necessary to build infrastructure for the social change sector, and that social entrepreneurship is simply an umbrella term under which several changemaking roles can fall. Brodbar was certain of this trend playing out because the Reynolds program was founded on the very philosophy that social entrepreneurship can and must cross sectors. Engaging students from different disciplines has proven to be effective as a non-linear model for teaching about social impact, however, the Reynolds philosophy took hold outside of the academic space this year and a more sophisticated discussion around infrastructure building emerged.

Amy Clark, the director of U.S. fellow selection at Ashoka, can attest that there is a much broader view of the sector now, which encompasses not just the various roles necessary to achieve widespread social change, but also in the kind of skills crucial to sparking innovation and solving deep-rooted problems in a creative way. Clark and Ashoka have observed that the core skill set of empathy is often a common denominator among changemakers and successful leaders in the space. Going into 2012, Clark says the field of empathy will be one to watch, especially as school and work settings begin to cultivate these skills and reframe the discussion around success.

In addition, much like Brodbar predicted that multiple professions would contribute to building the infrastructure for a robust social entrepreneurship sector, Clark pointed to the trend of democratization in the sector this year. As she has observed with the most recent class of Ashoka fellows, more and more these entrepreneurial leaders are igniting a culture of changemakers within their own organization. Clark is not just seeing the type of democracy where multiple people contribute to advancing change for the greater good, but also one that is happening within organizations as a kind of democracy of management. Clark says social entrepreneurs are defining new ways of organizing talent that will be just as crucial to achieving impact.

A Year of Collaboration

Earlier this year, Kevin Jones, one of the founders of SOCAP, an organization promoting the intersection of money and meaning, talked about the formation of an international community of social entrepreneurs and the importance of teaming with like-minded organizations in Europe to share best practices and accelerate solutions. Those predictions came to light in a big way at the first SOCAP/Europe gathering, which was held in Amsterdam in May. The gathering of more than 650 social entrepreneurs was proof that the social capitalist markets are alive and well, and for Jones, solidified the notion that social entrepreneurship is no longer operating in a silo. According to Jones, this was the year that the sector finally got on base. Rather than reacting to problems as they occur, the sector has settled in enough that it can take a step back and think proactively about solutions. #

Now that the movement for social enterprise has taken hold, the next step will be to scale it effectively in order to achieve the greatest impact. That’s where Jones believes it will be crucial to work collaboratively – both to fund and implement new solutions – as well as be willing to learn from other proven models for change. This year saw the beginnings of collaboration on a number of different levels – certainly collaboration across borders, as well as collaboration among different organizational entities (for profit, nonprofit, etc.), and even consumer collaboration taking place on the ground level (i.e. peer funding and crowdfunding platforms). Going into 2012, Jones is heavily focused on the Nordic countries and what they can teach others in the sector about their collaborative approach to problem solving. For that reason, the next SOCAP/Europe will be held in Sweden and Jones says one of the major goals will be to build an infrastructure of cooperation for the sector. Plus, he believes that there is a lot of value in not just learning how to work well together, but in recognizing successful models and implementing them wherever possible.

The Funding Pipeline and Measuring Impact

One of the most talked-about topics in the social impact space over the past year has been capital and specifically, the viability of investor capital at various stages of social enterprise growth. #

In discussing this funding pipeline, last year Dichter pointed to the trend that in order to accelerate the impact of social enterprises, the sector would need to look to creative funding solutions, which would utilize a blend of different sources of capital from seed funding to impact investments. Dichter says there’s no doubt that this trend has played out in the sense that funding has increased for social enterprises, and the sector has garnered a lot of excitement among the traditional investing marketplace. However, despite the increased flow of capital into the sector, the funding pipeline is still not as robust as it could be. There aren’t as many investors in the market that have the flexibility and the risk appetite to step in and provide growth capital to social enterprises so that they can reach the stage of development where they are seeing impact. The interest is high, but actual movement is still low.

It’s a bit of a Catch-22 Dichter says because in order to fuel the development of social enterprise, there needs to be action from investors, however in order for investors to feel comfortable allocating capital, they want to be assured that they will see results. Dichter identifies this as one of the main challenges facing the sector in 2012. However, he says one way to approach the challenge and generate investor action in the sector is to develop a more nuanced vocabulary around the problems we are trying to fund. That requires getting investors to focus on the potential impact of their money over actual financial returns. Regardless of the eventual return, it’s crucial that investors begin to understand the economic realities of solving social problems, and that getting water to a remote African village for example, involves more complex financial support, he says.

And that’s where the work of organizations like the Global Impact Investing Network (GIIN), a nonprofit dedicated to increasing the scale and effectiveness of impact investing, comes in. Dichter also predicted that 2011 would be the year that the sector moves beyond the development of tools and methods to measure impact and achieves more widespread adoption to accelerate scale. This has certainly been the case, as the recently released study by JP Morgan and the GIIN indicates. According to the report, “Insight into the Impact Investment Market,” investor use of third party systems to measure impact increased by 10 percent since 2010. The GIIN surveyed 52 impact investors and found that 65 percent are using the GIIN’s Impact Reporting and Investment Standards to assess and development their portfolio. Others include Acumen Fund’s Pulse, a proprietary tool that the organization uses to track its investments. The main takeaway of the JP Morgan – GIIN report is that impact investing is still in its infancy, but growing, and that the long-term potential of this new asset class is encouraging. According to the report, respondents plan to invest almost $4 billion in the sector next year. And, as Dichter believes, the more benchmarking we can do for the sector, the more developed it’s going to become.

The Social Entrepreneurship Year in Review

Can creativity occupy the hearts and minds of the majority?...