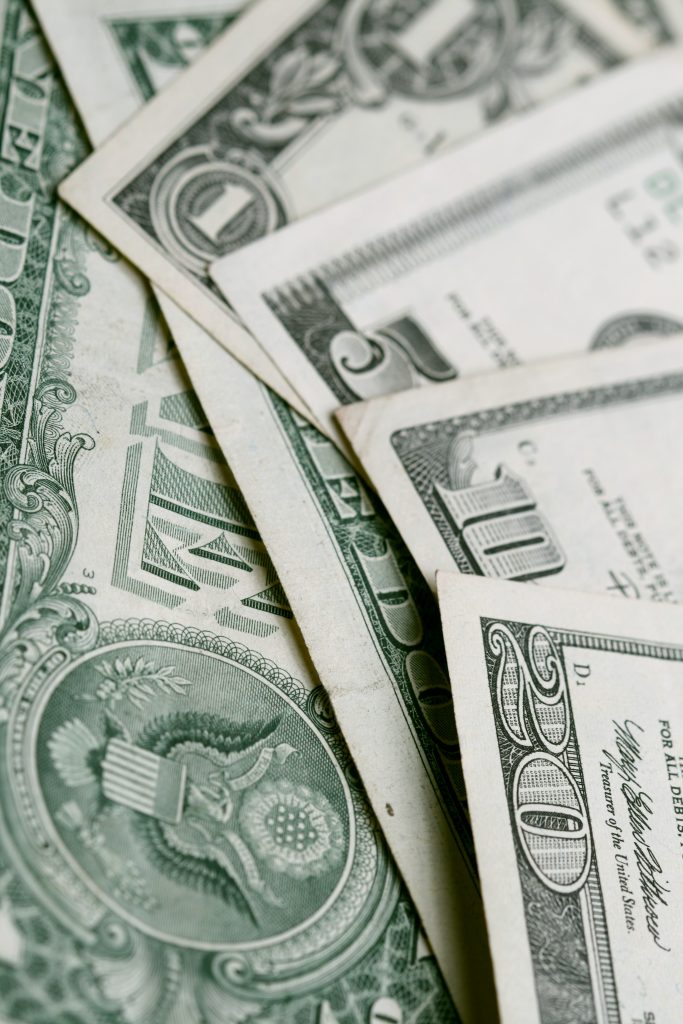 The American dollar is currently enjoying its best first half performance since 2010 and is outpacing all other global currencies. In this post we are going to look at just why that is,  what a strong US dollar means for Americans and what the impact of strong dollar on economy is. We will look at how the strong USD  affects expats making international money transfers, large sum money transfers and what it means for anybody transferring money to USA.

The current global economic situation is not looking particularly reassuring right now. The COVID-19 pandemic that began in 2020 threw most major economies into stagnation, forced many central governments to unleash quantitative easing and created a supply chain backlog that has still not recovered. Hot on the heels of this, the war in Ukraine has triggered fresh instability and is nudging Europe towards an energy crisis.

And yet the trusty USD seems totally untroubled. It is up 10% against the British pound, 5% of the Chinese Renminbi and has almost broken even with the Euro for the first time ever. According to  Eric Leve, chief investment officer at Bailard, this is mostly because “the FED is in the midst of an aggressive monetary tightening policy” although the United States’ fuel independence cannot be discounted as a factor too.

But what does a strong dollar really mean for Americans? Well, it depends…

What a Strong US Dollar Means

Firstly, a strong dollar means that imports from overseas become cheaper. That’s excellent news for importers, traders and even consumers. Another benefit is that foreign travel becomes cheaper and this summer has seen large amounts of US citizens seize the day and take that trip of a lifetime to Europe where the living is cheap.

On the other hand, American manufacturing is adversely impacted as they become unable to compete with cheaper imports and find that any foriegn customers struggle to buy their wares.

How A Strong Dollar Effects Expats Transferring Money To USA

Expats living in the USA, may find the ascent of the dollar to be either a help or a hindrance depending on their particular personal predicament. For example, an expat from Europe who is working in the US but sending money back home (for family or to pay a mortgage) will gleefully find that their remittance has become significantly more valuable.

On the other hand, an expat living in the US who wishes to transfer their savings from Germany at this time will find that the low Euro to Dollar exchange rate means their savings will effectively lose value once they arrive in the US bank account. This is NOT the optimal time for making international money transfers to USA.

The situation is similar with American expats living outside of the states. A US citizen working in London but maintaining a mortgage back in Louisiana will feel the pinch as their pounds convert to fewer dollars – the mortgage will basically become more expensive for them.

At the other end though, an American living in Europe, enjoying its fine cities and pastries, but funding their lifestyle via their US based wealth (such as savings, pensions or stocks) will feel 20% richer than they did this time last year.

The USD Versus Real Estate and Large Sum Money Transfers

We’ve mentioned mortgages a few times so far but what about property sales? How is the US dollar affecting house prices?

Well, the US has been in something of a housing bubble for some time now but this is not explicitly linked to the performance of the dollar. That said, any foreign investor or newly arrived immigrant looking to buy property in the USA will find that it has become more expensive for them – whereas a year ago €100k from the sale of an apartment in Paris would have amounted to $117k, it will only equate to $99k. This may deter foreign investment into the US real estate market but the impact is unlikely to be all that noticeable.

As you have probably worked out by now, any US citizen looking to buy outside of the states may well be able to bag themselves some extra square-footage after changing their powerful dollars into ever more Mexican Pesos, Thai Baht or even British Pounds than ever before.

According to the Worldbank, remittances (international money transfers to low and middle income countries) are setting new records and are expected to reach $630 billion by the end of 2022. There are numerous drivers behind this, for example the Ukraine crisis has seen Ukrainian expat sending enormous sums back home, but the strong dollar is also a significant factor.

Aside from Ukraine, other major beneficiaries of the buoyant remittance and money transfer markets are Latin America (25.3%) and Sub-Saharan Africa (14.1%).

Any business that trades globally is also impacted by fluctuations in foreign exchange rates and we touched on how the strong dollar is affecting importers, exporters and American manufacturers earlier on in this piece.

Multinational corporations in particular are being acutely impacted by the current dollar exchange rate. So far this year Apple has been forced to raise the prices of a number of its flagship products which is already reportedly undermining their competitiveness in key foreign markets such as Japan. And remember, the Yen has already fallen by 32% since January 2021 and the latest price increase may simply make Apple products unaffordable to previously eager Japanese consumers.

Another major tech company Microsoft has also cut its revenue expectations for 2022. All in all, the strong dollar has wiped billions of the US corporate earnings in the first 6 months of 2022.

As we have seen, the current strong US dollar is creating both winners and losers and is presenting both challenges and opportunities. Transferring money to USA is not the best ideal right now and it may be better to hold off on any inbound large sum money transfers for the time being. That said international money transfers going from the US are breaking records as the strong USD means more pounds, yen and pesos than ever.

It is not possible to predict the long-term impact of strong dollar on economy, or what will happen next. As such, both expats and business operators are paying close attention to the foreign exchange markets.

Let me introduce myself, Sunny Aaron, the editor of BeautyLiesTruth. He loves traveling and visiting new places and tends to bring comfort into the trip. He loves spicy food, anything with lemon, nature and doesn’t understand the point of taking a picture without one of us appearing in it.