According to a recent article in The Atlantic, written by Marc Bain, the market is bullish on vanity consumer purchases.  According to a compelling report by Bank of America Merrill Lynch titled “Vanity Capital: The global bull market in narcissism, $4.5 trillion is spent globally on products and services that enhance appearance or prestige.  This figure is larger than the fourth largest economy in the world, Germany with its GDP of $3.7 trillion.  And there appears to be no end in sight for narcissistic consumption as it is still growing.  Are we surprised? 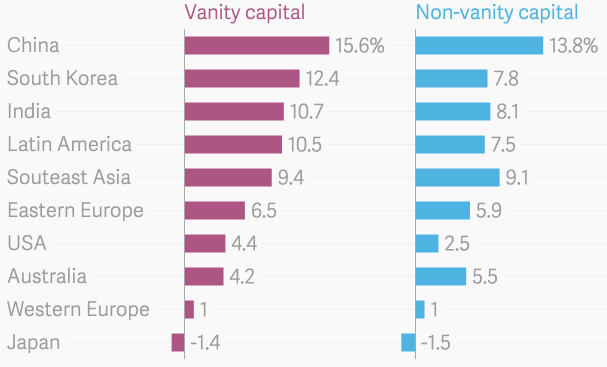 According to the report, “vanity capital” is defined as “the pursuit of, and the accumulation of, attributes and accessories to augment self-confidence by enhancing one’s appearance and prestige. It is self-actualization through self-improvement and self-focus.”  While purchases of jewelry, art, a private jet, or basically anything you’d see on lifestyles of the rich and famous lends itself to women, especially because of our  improving economic standing  around the world,  we are not entirely to blame for the growth of vanity capital. The selfie culture and the spread of it through social media between both genders has made the growth of narcissism and envy ubiquitous. 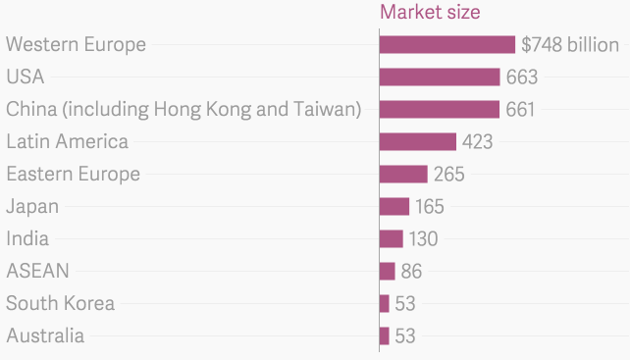 How much more can narcissism grow? While I will give it a high score for innovation, how many more products can we make like Lily the selfie drone?  And is an Ivy league education a narcissistic indulgence or a practical necessity? And what about that Rolex watch?

Frankly, I think the strength of the vanity capital market lends itself to even greater profits for retailers and satisfaction for consumers if retailers can tip the growth of Me-ISM into fueling WE-ISM by building consumer loyalty .

(Noun) Concern for the greater good of mankind, seeing the universe as one with oneself. We as a people are all one, of oneness. Thinking of self and others as part of the whole.

While not yet anywhere close to as profitable, “We-ism” is on the rise and offers some respite to narcissism. Generation G, according to Trendwatching.com, is capturing the growing importance of ‘generosity’ as a leading societal and business mindset. With its culture of sharing, caring, contributing and generosity, those consumers who are disgusted with greed are fueling an online new culture who share, give, engage, create and collaborate in large numbers. In fact, for many, sharing a passion and receiving recognition is replacing ‘taking’ and is becoming the next big thing.

Now how do we make it so profitable that everyone wants to share and care and contribute generously?

The Growth of Vanity Capital & We-ism