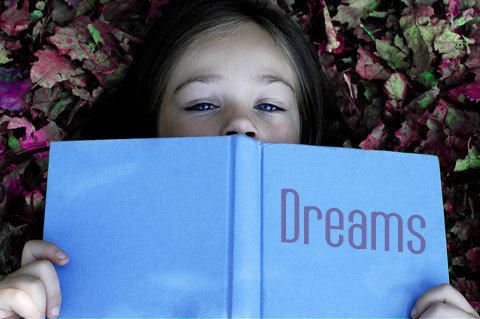 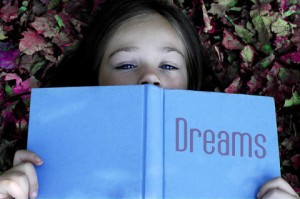 What kind of dreams do you have for your career? Take a moment to write down 2-3 top level priorities before reading on.

This is a question I recently posed to a group of around 75 college freshmen. Some responded with noble goals, like bringing joy to audiences, educating middle school students, producing recordings by outstanding local artists.  Others were quite practical, naming a particular job, stating modest income goals, or only half-jokingly expressing an interest in obtaining health insurance.

Follow-up question: If the same inquiry were posed to college seniors (3 years down the road), do you think their dreams would be bigger or smaller than yours? In a rare moment of unanimity, 100% of participants agreed that this group would have diminished aspirations.

There is no stasis when it comes to dreams. Over time, they either grow or shrink. For most people, it’s the latter.

All kids dream big. They want to be super famous, super meaningful, super powerful superheroes. (My 3 year old son, apparently, plans on becoming a violin playing astronaut who partners with dinosaurs and fights Darth Vader.) But as we mature, these grand fantasies are typically educated out of us. With age comes “wisdom” and a more “practical” perspective. We learn to fear failure and risk taking, instead setting sights on normal, logical objectives that can be fairly reasonably accomplished. Said another way, we lower expectations. (Wasn’t there a Saturday Night Live skit about this?)

Which is a shame. Because even if not every aspect of a vision is realized, big dreams herald big results. Say, for example, your goal is to run a 4-minute mile. True, it might not happen. But with that kind of valient aim, you might ultimately clock in at 4 ½ minutes. Not bad, to say the least. On the other hand, with a more modest goal of 6 or 8 or 15 minutes, you might just make it. (Or maybe you’ll be shy of this one too!) Either way, the result is far less impressive.

Is your biggest hope to land a $35,000/year job, get one composition played by a major symphony orchestra, or fill your teaching studio with students? One student claimed her aspiration was to have an article published in a scholarly musicology journal. Really? No offense, but in a world of possibility, is that the best you’ve got? Not that there’s anything wrong with it…But that’s your top shelf?

Recently, I was speaking with the Director of Fine Arts at a small liberal arts college. People often pitch dream projects to him, in hopes of securing funding. For example, they might say “I’d like to bring in an African music ensemble to work with my theory class for two days. The cost is $1000. Can we make this happen?”

The typical response goes something like this: “That sounds like an amazing experience for your students! But as you know, resources here are tight, and we have to make every penny count. I’d love to help out, though. Could you do something with $100?” [In other words, 10% of the requested amount!] The dream shrivels.

This director, however, takes a different approach. His reaction: “That sounds like an amazing experience for your students!  But as you know, resources here are tight, and we have to make every penny count. So I support projects strategically, and favor those that will have maximum impact. What would you do if I offered you $10,000?” [In other words, 10 times of the requested amount!] What happens to this dream then?

Suddenly the world opens up, the angels sing, and imaginations run wild. With ten times the resources, will you plan an event for all arts students? The whole university? The entire state? Does it expand into a month of interactive workshops, or an ongoing partnership that expands years? The dream flourishes.

Now look back at your list from earlier. What would that look like if you multiplied it times ten? Should you be on a first name basis with leaders in your field? Will you write a seminal book? Invent a new pedagogy? Give a TED talk? Not just teach students, but transform lives? Produce viral videos? Perform for hundreds of thousands across the world? Become the most meaningful influence on a small group of individuals imaginable?

These goals are ambitious, and no matter how pro-active you are, they might not come to fruition. At least not entirely. But they most certainly won’t if they’re not allowed space on your radar.

What kind of world would we live in if Igor Stravinsky, Pablo Picasso, Martha Graham, Abraham Lincoln, or Benjamin Franklin had thought more pragmatically? What if Martin Luther King Jr. had described a levelheaded dream that barely challenged status quo?

Sure, these leaders were great human beings. But are you not great? Are you less of a force to be reckoned with than these champions? Do you lack the potential to do something remarkable with your time on this planet?

Being a big dreamer doesn’t mean ignoring the details, or forfeiting any sort of planning housed in reality. It has little to do with permanently resting your head in the clouds. But it does require—well—dreaming. Imagining, thinking big, and giving yourself permission to boldly act like the frontrunner.

If you’re not ready yet, I grant you that permission. Now go. Multiply those dreams times ten. What do you see?