Music critic Mark Swed says it’s time we have someone in the Cabinet who can speak to our common identity: Arts and the humanities help us figure out who we are. 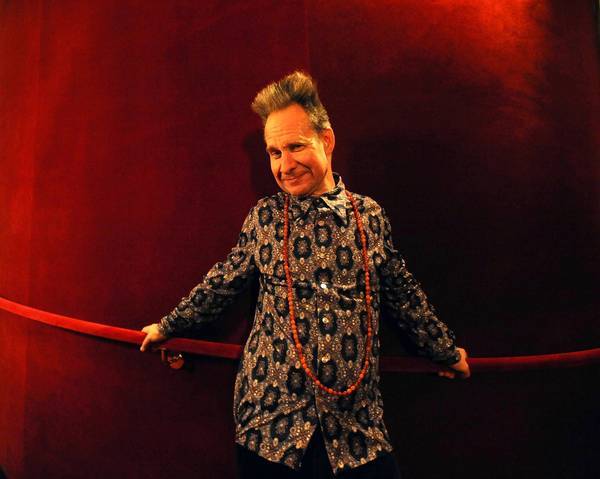 Along with adding the finishing touches to his inaugural address on Monday, President Obama has plenty on his plate. He is consumed by the responsibilities of selecting new Cabinet members and preparing strategies to get them confirmed. He already had his fair share of critics, and the last thing he needs is a music critic telling him how to run the country.

So I’m sorry to have to be the one to remind you, Mr. President, that you’ve left someone out. Secretary of Culture. It’s time.

Despite a troubling international reduction of government support for the arts thanks to the world economic crises, most countries still manage to maintain ministries of culture, and not just seats of Western civilization such as France, Italy, Spain, Great Britain and Greece but also in Albania, Brazil, Haiti, Ethiopia, Cambodia and about 50 other countries. We, instead, have the National Endowment for the Arts and the National Endowment for the Humanities.

PHOTOS: Arts and culture in pictures by The Times

I’m a great supporter of these institutions, but I’m calling for their removal and the creation of a new Cabinet-level agency for culture. The NEA, to which I’ve been closest in my career, is a wonderful organization, doing what it can to support institutions (if no longer individual artists) large and small. But it is also a political football and it is always going to be one.

One of the calls to abolish the NEA, for instance, came from Mitt Romney in last year’s campaign, as part of his proposal to balance the budget. But during the debates Obama failed to note that investment in the arts is a more reliable jobs creator than in nearly all industries, nor is it easily outsourced. That has been an idèe fixe of the Obama-appointed outgoing NEA head, Rocco Landesman. Even so, Landesman’s budget got slashed 13% for fiscal 2012 to an embarrassing $146 million.

As arts supporters love to point out, that is less than half of the budget the Pentagon provides for military bands alone. In cash-strapped France, on the other hand, Minister of Culture and Communication Aurélie Filippetti was enraged when President François Hollande cut the 2013 budget of her department 4.3% to 7.363 billion euros, which is just under $10 billion. According to Landesman, the U.S. remains the weakest funder of arts in the developed world.

From the start, Obama had seemed a good prospect for becoming an arts president, and four years ago, as he was about to assume office, 76,000 people signed a petition, instigated by Quincy Jones, begging the new president to create a Cabinet-level cultural ministry patterned after France’s. He has stepped out to arts events and invited artists from many genres to the White House. But he’s kept that pretty low profile. The arts can be a lightning rod among populist politicians, and Washington is divided enough as it is. Clearly Obama has had other preoccupations than cabinetizing culture. But that divisiveness is precisely why we need a Cabinet-level spokesperson for culture. We have come to see ourselves as a country of opposites. The allocation of public funds for just about anything is viewed as a war between the rich and the poor. We color our states red or blue. Some of us love guns; some of us hate them. Go down the line, and there appears to be less and less on which we agree.

One thing we do have in common is our identity. Wherever we are on whatever spectrum, we see ourselves as Americans. It is that culture that makes everything else matter. The arts and the humanities help us figure out who we are.

A Department of Culture, into which the current NEA and NEH might be folded, may not be protected from budgetary vulnerability, but it would at least have more prestige and perhaps more stability. It would also empower a public spokesperson for culture.

Maybe even more essential is the influence a secretary of Culture could have in a way-too-wonky Washington. I know there aren’t regular Cabinet meetings anymore where all the secretaries gather around a big table and hash out all the issues of the country. Imagine, though, a perfect White House, where Cabinet officials did often collect, and among them sat a political outsider, a generalist who could offer rich historical insight from the humanities and visionary thinking from the arts.

Ideally, a secretary of Culture should be a political outsider, able to function as a moral conscience for all decision making. He or she would further serve as someone able to ask the hard questions, to see the world from possibly unexpected angles and help prompt new solutions to old problems. As artists know and politicians refuse to acknowledge, all you have to do to create change is change your mind.

So whom could we get? Who could speak in such a way that the right and left would listen? Who from the arts or the humanities could possibly win the respect of expert wonks? Who could inspire a divided nation?

I’ve saved my suggestions for last because you’re going to think them outlandish. They’re not.

First, I nominate Peter Sellars. Stop laughing. How is an L.A.-based theater, opera and festival director who sports spiky hair, strings his own beads, buys his clothes at thrift shops and regularly courts controversy ever going to become a national spokesperson, to say nothing of a Washington official?

Sellars, however, happens to be one of the most persuasive and inspirational public figures we have. He exhibits a bottomless empathy and spirituality with broad reach. Yes, some of his productions have been left-leaning, but he can, one on one, reach just about everyone. He is politically motivated and sophisticated. He thinks profoundly about social issues.

He also has a way with politicians. A few years ago he was asked to speak at the World Economic Forum in Davos, Switzerland, about nuclear proliferation — something he became highly knowledgeable about when he and composer John Adams put on “Doctor Atomic,” an opera about the creation of the atomic bomb. Sellars held heads of state in awe.

My second nomination is Leon Botstein, president of Bard College in New York state. He is one of our few remaining public intellectuals and a renaissance man, which means he is a conductor, educator and scholar. He too is unusually persuasive when speaking on any number of issues to any kind of audience.

Yes, he’s also a liberal, one who as a young man could hold his brilliant own against William F. Buckley on “Firing Line.” But he is just as brilliant an administrator who, in his nearly 40-year tenure at Bard, has made the school into one of the most progressive and prominent humanities colleges in the country by appealing to donors on all sides of the political spectrum. He’s an egghead who goes on “The Colbert Report.”

Botstein makes things happen, and he makes them happen by persuading people to look beyond their preconceptions, to view society in broad and grand terms. He is someone politicians and the people could listen to.

So what is the likelihood that Obama will announce on the steps of the Capitol on Monday that over these next four years he wants to make the arts a national priority and for that reason he is now nominating Sellars or Botstein to the newly created post of secretary of Culture? Zero. He’s not crazy.

Still, if Albania can have one, why can’t we?

Mark Swed has been chief classical music critic of the Los Angeles Times since 1996. He has also covered music for the Wall Street Journal, the Los Angeles Herald Examiner, and 7 Days and has written for the New York Times, The New Yorker, The Economist, Musical America, Opera News, BBC Music, Gramophone, Stagebill, Schwann-Opus, and many other national and international publications. Swed has contributed liner notes for recordings, program notes for concerts, and catalog essays for MOCA. From 1992 to 2000, he was 20th-century-music editor of The Musical Quarterly, and he is currently writing a biographical study of John Cage. Swed has received awards in criticism from the Los Angeles Music Center, ASCAP, the American Music Center, and the Los Angeles Press Club. He was a finalist for the Pulitzer Prize in criticism in 2007. mark.swed@latimes.com

The case for naming a U.S. Secretary of Culture

How to make your own luck.

Eliminating the Silos in Education