What’s up with the resistance?

Maybe it doesn’t affect you. If not, I’m willing to bet you’re in the minority. For a lot of artists, the initiatory phase of a project can be a very painful back-and-forth play of initiative and doubt.

Then there’s writing. Every writer knows that big blank page. Now, a computer screen. I wonder if the relative effortlessness of tapping and deleting with no crumpled paper overflowing the wastebasket as evidence doesn’t somehow cover for the fact that we’re stuck. No. We still know. We might not have the physical evidence of every crappy opening line–it may have vanished into electronic ether–but we get it: our writing sucks.

I suspect painters, sculptors, dancers, musicians have their own issues.

Right now, I’m working on a program I’ll be delivering at the European Conference on Creativity and Innovation in Brussels at the end of the month, called “Riding the Arc of the Story.” I’ve had my own deal getting it pulled together, but what I wanted to share in this post was something I’ve learned while working on the program, about narrative structure and the Hero’s Journey.

Evidently, as soon as the hero begins her journey, she is met at the threshold by beings whose purpose it is to provide initial resistance in the form of a test: is the hero up for the challenge? They’re called “threshold guardians,” and they can show up as friends, family, foes…or even part of our own psyche, our shadow. (I know this one!)

The concept of the Threshold Guardian has given me a new way of looking at my internal resistance to the early phases of a project. Now, instead of either giving in to the temptation to pull away, or feeling like I have to muscle through and pretend the resistance isn’t there, I remind myself that I might be on the threshold, and this might be only a test. Of the emergency threshold guardian system. And it’s ok.

The next time you find yourself hitting that resistance wall, ask yourself: is this a wall? or might it actually be an opening. Might you actually be on the threshold of something entirely new?

The Arc of the Story: At the Threshold

Next Post
The Art of Civic Engagement and a Pearl of Great...
The Future of Leadership in America 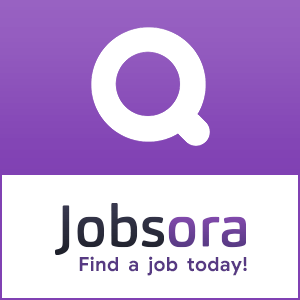