Now, being a social entrepreneur is a real choice, popularized by great examples (think of the founders of Teach For America, Freelancers Union and City Year, all of which were launched by Echoing Green Fellows) and supported by university curricula.

The surge in interest is reflected in Echoing Green’s annual call for Fellows. This year, we received over 3,500 applications for just 20 spots. Each potential Fellow proposed a bold idea to help solve some of the world’s most difficult problems.

At our recent Big Bold Benefit, 37 finalists from 13 countries shared their ideas before an audience of social entrepreneurs, business people, media and others. They also met with the expert panels tasked with choosing Echoing Green’s 2012 fellows. The new Fellows, who will share a $2 million award, in addition to training, mentoring and other support, will be announced in June.

Listening to the finalists, I was deeply impressed by the audacity of the finalists’ projects: to provide legal representation to death row inmates in Pakistan; to turn mobile phones into blood and urine analyzers to help people in India manage diabetes and other chronic diseases; and to combat poverty and women’s illiteracy in Pakistan by enabling girls to earn more income in school than they would in traditional jobs.

I was also struck by how much had changed in a quarter of a century. I am heartened and encouraged (and even a little surprised) by the degree to which Millennials have embraced social entrepreneurship as a calling and a career path.

I was also struck by how the very structure of service has changed over the years. Of the 2012 finalists, 40 percent plan to launch for-profits, 50 percent will launch nonprofits, and 10 percent will deploy a hybrid model. This focus on for-profit endeavors with a social mission is one of the things that distinguish today’s social enterprise from yesterday’s “charity” — even though they might have similar goals.

So, what has changed over the past 25 years to bring about this new era of social entrepreneurship? I believe it comes down to three things. 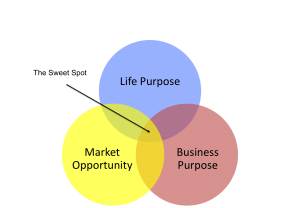 First, today’s social entrepreneurs are business-savvy, as evidenced by the growing number of for-profit enterprises. It’s not uncommon to see college and graduate students reading the Wall Street Journal, even if their studies are focused on political science, medicine, or public policy. Business methods are no longer a discrete pursuit for a subset of students; they form part of an essential toolkit in many disciplines.

Second, social entrepreneurs are holistic thinkers who want to dissolve the walls that have traditionally separated government, business and the nonprofit sector. They believe an integrated approach — which is core to social entrepreneurial methodology — has the best chance of success.

One great example of the synergy that can result is Hot Bread Kitchen. Founder Jessamyn Waldman, an Echoing Green Fellow, wanted to help immigrant women build skills and make a living. She started Hot Bread Kitchen, which has grown from a single product to a line of ethnic breads that are sold to restaurants, Whole Foods, farmers markets and other outlets. It’s housed at La Marqueta, a historic city-owned retail market in Harlem, New York.

The most critical reason for the rise in social entrepreneurism as a career path, however, is that Millennials and other young people are seeking meaning in their lives and work. At Echoing Green, we call this “work on purpose.”

A national poll from the Higher Education Research Institute at UCLA found that more than 75 percent of incoming freshman believe it is “essential or “very important” to help others in difficulty, the highest percentage in 36 years. They also rate “working for a cause” as a top career objective, ranking it even higher than making a lot of money.

That spirit enlivened all of the finalists’ ideas. What has the path for these and other social entrepreneurs looked like and how can others emulate it?

Drawing from the best practices of our Fellows, Echoing Green has developed a framework for developing successful careers with social impact: Heart + Head = Hustle.

The first step for budding social entrepreneurs is to define their “heart” — the issues, ideas and people that move them and make their heart beat faster — as a result of anger, sorrow, joy or other strong emotion.

The second step is to assess one’s “head,” or skills, abilities, knowledge and connections. A life and career that aligns heart and head leads to what we call “hustle.” This refers to those times when a person is completely engaged and committed, losing track of time and singularly focused. They are doing the work they’d do for free (even when they get paid for it!) Why? Because they are driven by something extraordinary: their personal purpose.

We are at a critical time in the history of our planet and the challenges we face are often daunting, but I am more optimistic now than I’ve ever been. More smart young entrepreneurs are eager to take on the challenges. More of us believe in the importance of supporting their efforts. And everyone is striving to help young people create careers and lives that are both right for them and good for the world.

David C. Hodgson is co-founder and board chairman of Echoing Green and managing director at General Atlantic.

Social Entrepreneurship Soars as a Career Choice: Finding meaning in work and life

Not in My Back Yard. But what about out of...