Janet Echelman’s TEDTalk, “Taking Imagination Seriously,” piques your interest as she describes her experiences as a non-artist — now a public artist — a sculptress really, but like no one you have ever seen before.

You feel her passion, sense her determination, and see some of her truly mesmerizing works of beauty — abstract pieces that use materials not usually found in public art structures, pieces that marry art and science, works that seem to defy human imagination — available for everyone who lives or visits that city. One of Janet’s dreams is to build such works of art around the world. Every community should be so fortunate.

As we rush headlong into an age of creativity and innovation, cities should think about how they can use art, to marry art and science, and to reinvent their community for this new age — and if Janet Echelman can’t be commissioned — find someone or a group of artists like Atlanta recently did to help beatify the city.

In Atlanta, according to The New York Times, a group called “Living Walls” was invited by the city to literally paint the “sides of buildings, foreclosed houses and subway underpasses.” Living Walls “goal is to showcase the creations, in aerosol and latex paint, of women from around the world, including Argentina, Brazil, Canada, Italy and Spain. The project, which includes lectures and parties celebrating street art, is also meant as an alternative to larger conferences, like Art Basel Miami or the Congress for the New Urbanism.”

Such public art is vitally important to communities in the new-creative and innovative-economy.

First, at the heart of this effort to spur creativity is recognition of the vital role that art and culture play in enhancing economic development, and ultimately, exploiting the vital links between art and science, culture and commerce. Cities, regions, indeed whole nations, must consciously invest in human and financial resources necessary to meet the challenges of the rapidly evolving knowledge economy and society.

“Here’s to the crazy ones. The misfits. The rebels. The troublemakers. The round pegs in the square holes. The ones who see things differently. They’re not fond of rules. And they have no respect for the status quo. You can quote them, disagree with them, glorify or vilify them. About the only thing you can’t do is ignore them. Because they change things. They invent. They imagine. They heal. They explore. They create. They inspire. They push the human race forward.” 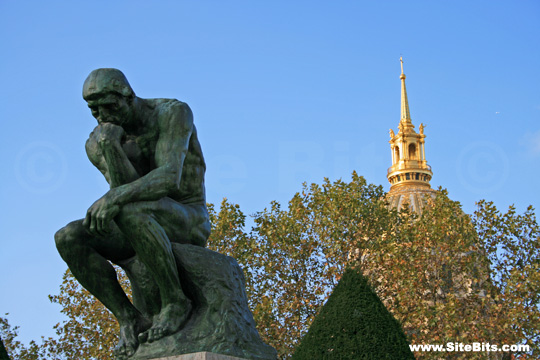 We are all a little bit crazy. Whether art was our major field of study, we are all artists too, and as Sir Ken Robinson pointed out in his TEDTalk — featured last week in TED Weekends on The Huffington Post, “We are all born creative.”

Maybe we won’t be another Einstein, or Steve Jobs or Janet Echelman, but we can all learn to be creative and to trust our imagination.

Unfortunately, we live in a left brained world and most people have forgotten how to exercise all the talent they were born with, or how to get the right hemisphere of our brain to help us think differently. It takes time and effort to relearn, to let go, be imaginative, be creative. Making mistakes, taking risks, experimenting is all part of the formula but there is no limit to our imagination.

As Janet Echelman and so many others are showing, we all have the capacity to be imaginative, creative, innovative.

Marrying Art and Science in the Public Square

How are you Big?

How to find your start up idea.