Tom Torlakson, the California State Superintendent of Education, convenes the first of several meetings in Coronado later this month to talk about “how the arts and creative education can transform California classrooms.” He also plans to produce a new publication called A Blueprint for Creative Schools.

Just as important, the California Legislative Joint Committee on the Arts will hold hearings on SB 789, legislation that will require the Governor to develop a “creativity index,” which in turn would be used to measure creativity in public schools statewide.

SB 789, authored by Senator Curren Price of the 26th Senatorial District and introduced last February, was approved by all the appropriate Senate committees and now moving toward passage.

This movement by California matches the legislation signed by the governor of Massachusetts last spring, and is much like a bill working its way through the state legislature in Oklahoma to also establish a creativity index. Equally significant, Maine, Connecticut, New York, Rhode Island, Colorado and Wisconsin are beginning similar discussions and Nebraska is getting itself organized, according to CreativeChallenge, Inc., which monitors creativity discussions worldwide. The group notes that Seoul, Korea, and Alberta and Edmonton in Canada — and probably other cities and nations around the world — are following these efforts closely.

Clearly something big is happening across America.

All of these efforts represent an auspicious start to reinventing K-12 education. And they represent new thinking about the arts and what is called “arts integration.” It’s not the most widely understood concept, but it is simply about interdisciplinary education and using the tools of the arts.

As a consortium of arts organizations expressed in “Authentic Connections,” such interdisciplinary work enables students to “identify and apply authentic connections, promote learning by providing students with opportunities between disciplines and/or to understand, solve problems and make meaningful connections within the arts across disciplines on essential concepts that transcend individual disciplines.” 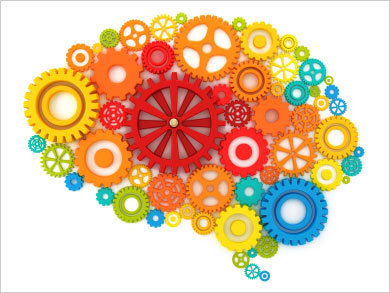 Many people don’t take the term “arts” seriously. It’s soft, not muscular. But we now know a lot more about learning and know that “arts integration” works. The California Alliance for Arts Education, and even the President’s Committee on the Arts and Humanities, has said as much after spending years of research and study. According to the Obama Committee report, “Most recently, cutting-edge studies in neuroscience have been further developing our understanding of how arts strategies support crucial brain development in learning.”

In a book called The Jobs Revolution: Changing How America Works, former U.S. Secretary of Education Richard Riley predicts, “The top 10 in-demand jobs in the future don’t exist today. We are currently preparing students for jobs that don’t yet exist, using technologies that haven’t been invented, in order to solve problems we don’t even know are problems yet.”

We are now at a crucial juncture in the history of education. It is vital that we merge the arts and sciences and, in the process, create the kind of curriculum at almost no additional cost that insures the higher order thinking and problem solving skills that will determine student success in the workplace of the future.

It’s All About Creativity