It Was Totally Bootstrapped 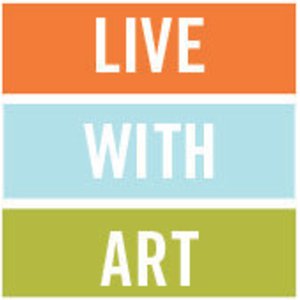 On Monday, the VIP Art Fair announced that it was abandoning its twice-a-year fair model and joining fellow e-retailers Paddle8, Art.sy, and Artspace to sell artwork online full-time. But before this ever-expanding influx of net-art startups, there was 20×200, New York dealer Jen Bekman’s pioneering print project that’s celebrating its fifth anniversary this week.

In 2007, Bekman launched her site for affordable art prints — the online market’s most successful medium — with two friends in her living room. By 2009, she was making $1 million a year and securing high-profile investors of Flickr and Vimeo fame. This year, having sold nearly 200,000 prints to 70,000 collectors, she expects to break the $7 million mark.

ARTINFO spoke with Bekman about where she’s seen the virtual art world go in the past five years.

We didn’t raise any money in the beginning; it was totally bootstrap. I approached a couple friends and we kind of planned and executed it in my living room. I didn’t make money for the business until 2009.

Why did you decide to start seeking investors that year?

We were already doing more than $1 million a year in revenue at that point. We had grown significantly, but our motto is “art for everyone,” and when we say art we really mean art and when we say everyone we mean everyone. It was very clear to us at that point that we were going to need financial backing to realize the bigger vision and grow more quickly.

Why didn’t you adopt an auction model?

On the one hand, everybody knows eBay, but an art auction is fraught with a lot of meaning, and it might be more intimidating to people. We think a lot about what a regular person’s expectations are about making a purchase. The least expensive prints are the gateway drug to the art world. We try to create as few barriers to entry as possible, and we try to get people to take the leap. We figured that once people got art in their hands and started to feel like collectors, they’d feel more confident and comfortable. One thing people like about us is that we’re very transparent — there’s no insider knowledge you have to glean.

Did you have experience in the online world before opening Jen Bekman Gallery in 2003?

I basically did a combination of content and community stuff online for 10 years. I worked at small startups and big companies, like Disney and Netscape. My title ranged from director of creative development to chief creative officer. So when I opened a gallery it was a total departure from everything I’d done up until that point.

Does the business on 20×200 overlap with your gallery?

The site’s a great support for the gallery because it gives it a global, unlimited audience instead of sending out 3,000 postcards and hoping people show up.

Have your prices gone up in the last five years?

Now a single image can have more than $100,000 in potential revenue depending on its edition structure. That’s a powerful engine for the business and good for the artist as well. We did a recent edition with William Wegman that would be in that range.

How do you set yourself apart from other young online art businesses?

First of all, it’s been great that there’s so many because we’re very proud of the fact that we’re pioneers. It’s a big category and the more activity there is online, the better. It was definitely a little frustrating when there were pretty obvious copycats. But compared to others in the category, our customers are collectors or artists, while other sites’ customers are art dealers or institutions. We see our customer as a consumer and our mission is to turn consumers into collectors.

The art market is huge and there’s a lot of money being made, but the number of individual galleries and dealers and collectors who spend over “x” amount per year, well, we’re talking about tens of thousands, and I’m interested in millions and millions really being collectors.