New in Chicago is just that: a listing of businesses getting off the ground in and around Chicago. Please send us your startup announcements. Email is best: newchicagobusiness@gmail.com.

IAEOU: The Institute for Arts Entrepreneurship helps creative people figure out ways of using their skills in a business context — “because most people don’t know what to do with our creative juices,” Director Lisa Canning writes on the Chicago company’s website. Founded in 2008, the institute is now opening a new space for working on creative projects. It’s called IAEOU — adding two more letters to the parent company’s acronym for a full set of vowels — and it’s slated to open Aug. 1 at the Hubbard Street Lofts, 1821 W. Hubbard St., Suite 207. “We are an emerging community of like-minded artists, scientists and techies who are interested in collaborating and sharing our ideas to make them come to life in our space,” the group explains. Ms. Canning says IAEOU is accepting members now; a community monthly pass is $80. Until the new space opens, the company is hosting meetings for new members at 5 p.m. each Saturday at the Greenhouse Theater Center, 2257 N. Lincoln Ave., second floor.

Vintage Garage Chicago: Billed as “America’s First Indoor ‘Drive-In’ Vintage Market,” this sale of antiques and vintage items is scheduled for the third Sunday of each month June through October inside a parking garage in Uptown, at 5051 N. Broadway. Promoter Melissa Sands, co-founder of Vintage Promotions LLC, says the location will make it easy for dealers to sell their wares. “Simply pull in, open the door and unload. The stuff doesn’t have to go five feet from the van,” Ms. Sands explains. And shoppers won’t have to worry about rainy weather at the event, which will run from 9 a.m. to 4 p.m. Vintage Promotions also operates the Dallas Vintage Clothing and Jewelry Show twice a year in Grapevine, Texas, and Ms. Sands also promotes the North Shore Flea in Highwood.

Glazed and Infused: Restaurateur Scott Harris, who co-founded Francesca’s Restaurants, attracted some foodie media hype earlier this year when he announced the coming of his new doughnut shops. On May 21, the first two locations opened for business — at 1553 N. Damen Ave., near the Damen Blue Line stop in Wicker Park, and at 813 W. Fulton Market in the West Loop. A third shop, at 929 W. Armitage Ave., near the Armitage Brown Line stop in Lincoln Park, is scheduled to open in July. The artisanal doughnuts are made fresh each day from whole ingredients (local butter, eggs, cream and fruit when available) and trans-fat-free shortening. The doughnuts are made with two distinct batters — light, fluffy yeast doughnuts and cake doughnuts. Flavors include: maple bacon long john, PB&J, vanilla bean glazed, crème brûlée, apple fritter and red velvet. Mr. Harris’ partners in the venture are Megan Brown, executive pastry chef Christine McCabe and executive chef Tom Culleeney.

ChicagoSide: Jonathan Eig, the editor-in-chief and co-founder of this sports journalism website, says it has been getting stronger than expected traffic since launching in early April. “We feel like we’ve struck a chord with Chicago sports fans,” says Mr. Eig (the best-selling author of “Luckiest Man,” “Opening Day” and “Get Capone”). “They like what they see so far, and they’re coming to us in strong numbers and spending long periods of time on the site. Web startups are tricky, but we’ve already identified several sources of revenue and found a loyal following. That’s cause for optimism.” Co-founder and Creative Director Solomon Lieberman says, “We are working with our developer to make the website responsive so that the site automatically adjusts to fit your screen, whether on your desk or in your hand. We’re also getting more active in social media, particularly on Twitter.” And, he adds, look for an innovative Chicago sports-photography project. Chicago Side, which features one story a day, has a print partnership with Time Out Chicago.

Davidoff: The Swiss company Davidoff has opened a cigar lounge inside Humidor of Westmont 225 E. Ogden Ave., Westmont — Davidoff’s first such lounge in the United States. Inside the 500-square-foot lounge, a state-of-the-art cigar locker system flanks a fireplace and a floor-to-ceiling stacked tumble marble wall branded with the “Davidoff Lounge” monarch. A press release calls it “a tranquil get-away from the hectic city life where cigars and conversation can be enjoyed.”

Check out the archive of past “New in Chicago” columns right here. And send your startup announcements to newchicagobusiness@gmail.com.

Connect with Crain’s via Facebook and Twitter. Join Crain’s LinkedIn group for Chicago entrepreneurs. And stay on top of Chicago business with Crain’s free daily e-newsletters. 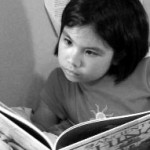 What can adults learn from kids? 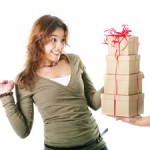 Are kickbacks and referral fees ethical?