The protests against his prosecution will promote open access. 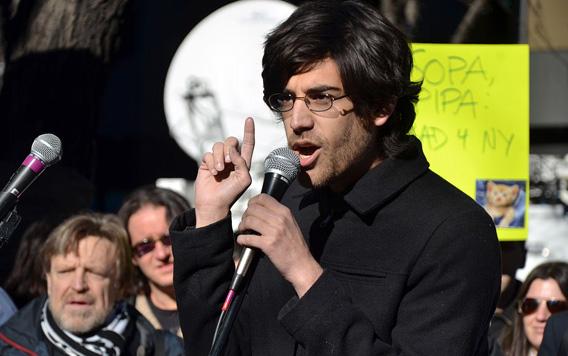 Aaron Swartz downloaded academic articles from JSTOR in violation of JSTOR’s terms and conditions. He was indicted for violating federal law. Refusing the prosecutor’s plea bargain offer of six months in jail, he killed himself. Depending on who you believe, he misused MIT’s facilities or he did not; he willfully broke the law or unknowingly broke a poorly defined and selectively enforced law; and he sought to destroy intellectual property or only to prod JSTOR to share research with academics and the taxpayers who had financed it. But the facts no longer matter: By becoming a martyr to open access, Swartz has, for better or worse, dealt a blow to government efforts to delegitimize hackers and their values.

The fury occasioned by the government’s prosecution of Swartz might seem puzzling. If Swartz caused no harm, as his defenders argue, then he would have served no prison time at all. But Swartz’s defenders say that prosecutors should not have brought the case or should not have upped the charges to induce him to plead guilty. Swartz was driven to despair by the prospect of a bankrupting trial, jail time, and the humiliating stigma of a felony conviction, all on account of a vaguely worded law that was wielded like a sledgehammer by an obtuse U.S. attorney to score political points.

As Orin Kerr has pointed out, this is a generic complaint about our criminal justice system. Lawmakers pass extremely broad and vaguely worded statutes that criminalize vast swaths of behavior then leave it to prosecutors to decide who to target and who to spare. The major constraint on prosecutors is limited resources, so they threaten defendants with draconian punishments to coerce them into plea bargains. Judges and juries remain backstops against the worst injustices, but because trials themselves are ruinously expensive and can end in long prison terms, defendants often forgo the protections they offer.

So where Kerr, who provides a measured defense of the prosecution, and Larry Lessig, who provides a passionate and eloquent defense of Swartz, can agree is that the law—in this case, the Computer Fraud and Abuse Act—is too broad. They both think people should not go to jail for violating the terms of access to databases stored at websites. Other commentators assert that we have learned a lesson about the injustice of our law enforcement system and that we can do something about it by supporting a new law that narrows the Computer Fraud and Abuse Act, aptly called Aaron’s Law. And so at least needed legal reform will emerge from the tragedy of Swartz’s death.

Don’t bet on it, but that doesn’t mean his death was meaningless.

The first thing to understand is that people have been making complaints like these for decades about a range of broadly criminalizing laws. Such as the prohibition against material support for terrorism, which sweeps in donations to Islamic charities. Insider trading and other corporate fraud laws, which sweep in trades that hurt no one and accounting gimmicks that fool no one. Tax laws, which provide both a set of rules that permit you to minimize your tax burden and vague standards that enable the government to punish you if you minimize it in what turns out to be the wrong way. Conspiracy laws that are used to convict people who haven’t even followed through with their plans to commit specific crimes. Then there are the old standbys: vague laws against “disorderly conduct” and “loitering” and “breach of the public peace,” which enable police to arrest whoever they want.

As the late Bill Stuntz of Harvard Law School documented in a recent book, the expansion in criminal liability occurred in response to public alarm about the rise of crime from the 1960s to the 1980s. Courts have also enlarged the concept of intent, so that while in the past a person formally guilty of theft could be acquitted if he did not realize that what he was doing was wrong, today it is enough merely to intend to do the thing that the law prohibits. In the past burglary meant breaking into house; today it means entering through an open door. Robbery once required proof of force or the threat of it; now force can be “implied” from any kind of theft from a person. The serious crime of drug dealing can be inferred from the less serious crime of drug possession if you’re caught with a sufficient quantity. Conviction of fraud no longer requires proof that anyone was injured. Conviction of rape once required proof that the victim resisted; now it does not. And in this last instance, it is easy to see why. If conviction of rape requires proof of resistance, then many actual rapes will go unpunished. The risk that innocent people may on occasion be convicted (or driven to a plea bargain) is a price deemed worth paying. This logic, which is so persuasive to people concerned about violence against women, can apply to the other crimes as well.

Laws that proscribe innocent behavior are tolerated so that they can be used against people who are clearly guilty of something when that guilt is hard to prove in court. For example, prosecutors will charge rapists with sodomy in case rape cannot be proved, but they do not enforce sodomy laws against anyone else. Some laws create “pre-crimes” that enable the government to catch people before they cause harm. We cannot punish suicide bombers after they kill people, so we punish them before they kill people—by attaching draconian penalties to actions that are loosely correlated with terrorism but can also be harmless (buying materials that can be used to make bombs, hobnobbing with known terrorists). The Computer Fraud and Abuse Act is broadly drafted so the government can stop hackers in the earliest stages of their hackery, before they get far enough to release credit card numbers, destroy trade secrets, or launch nuclear missiles from military bases. That is why Swartz could be charged with a crime even though he was caught before he could use the JSTOR database for ill or for good.

This kind of system serves the public interest only if prosecutors actually distinguish bad people from good people and are properly motivated to use their sweeping powers against only the bad. Politics, not abstract notions of law, are the chief motivating force here. Prosecutors target bad people because if they do not, the public gets upset; but prosecutors will also target good or innocent people if the public wrongly thinks them bad.

So it is both ironic and apt that Swartz’s defenders argue that the government should be prosecuting greedy Wall Street fat cats responsible for the financial crisis rather than ideologically overzealous hackers like Swartz. Ironic because the same populist outrage against dimly understood behavior motivates the call for prosecutions of hackers and the call for prosecution of bankers. Apt because the argument shows how much prosecutorial discretion both influences social policy and is in turn subject to political pressure.

It is tempting to argue that features of the approach I’ve outlined violate the Constitution or at least the American way. Maybe so, but the system exists for a reason. Lawmakers cannot keep up with technological and social change. Narrowly updating a narrowly drafted law in response to changing conditions is fruitless: Hackers, bankers, and terrorists will always be one step ahead. Because defining harmful conduct in advance of its occurrence is so difficult, lawmakers instead give broad discretion to enforcers and hope they exercise it wisely. And this is fine with the public, as long as it appears to be the only system that will keep us safe.

But it also follows that Lessig, in defending Swartz, gets the better of Kerr, who defends the government. The problem with the prosecution was not that Swartz was innocent. He was probably guilty. The problem with the prosecution was that the U.S. attorney could not show why resources should be spent securing his conviction rather than the conviction of someone else.

For this reason, Swartz’s death may contribute to the cause of the open-access movement far more than his activism did. Not by provoking the enactment of Aaron’s Law, which either won’t pass or won’t make a difference. (Swartz could also have been convicted of wire fraud.) As I have explained, the government can keep order only through selective enforcement of hugely broad laws, so it will reject efforts to narrow them. But by fueling a political backlash against prosecutions of hackers, Swartz’s suicide has secured a kind of immunity for people who follow in his footsteps. Although the U.S. attorney might have won in the court of law if the case had gone to trial, she has lost in the only court that counts in the long haul—the court of public opinion.

Eric Posner, a professor at the University of Chicago Law School, is a co-author of The Executive Unbound: After the Madisonian Republic and Climate Change Justice.
Previous PostPreviousNext PostNext

How Aaron Swartz’s Cause Wins in the End

Smart? Yes. Creative? Not so much.

Self Awareness: The Secret Ingredient for Success