By Lisa Canning
8 years ago8 years ago
3
ShareTweet

At what point, if any, does extending brand uniqueness create a tipping point that then threatens the very foundation of the brand itself? Lately I have been asking myself this very question about the Starbucks brand.

As we all know, back in the 90’s Howard Schultz transformed the second most consumed drink after water, and the second most traded commodity after crude oil, coffee, into a unique retail destination for us all between work and home.

Putting people before products, Schultz used intuition more than “brand strategy” in those early days to develop Starbucks into the social place outside of work or home most of us did not even realize how much we needed. Schultz’s vision and intuition allowed Starbucks to leverage a low cost commodity, coffee, and transform it into a “$4.00-human-interactive-experiencial-brand.”

And now with Howard Schultz’s recent return to Starbucks as CEO, after a series of setbacks and financial downturns after his departure, the question is can he add more value to the bottom line while retaining the “human soul”- the uniqueness- he built into the Starbucks brand? Or is he reaching for the tipping point leading to the erosion of it?

According to Merriam-Webster something that is unique is defined as:

1. Being the only one.
2. Being without a like or equal.
3. Distinctively characteristic: peculiar.
4. Unusual.

There is no doubt Starbucks has managed to create a unique retail store environment with their friendly customer oriented staff, great music, comfy chairs and heartfelt emotional connective messaging.

And they have quite successfully been able to extend

the feeling you get from their brand outside their stores too spending far less on advertising than other large retailers and consumer products companies to achieve tremendous brand loyalty.

Check out these 2006 comparative stats of what other companies spent on advertising for their brand. 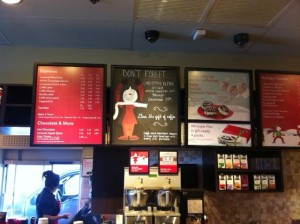 In 2006, Starbucks spent just $95 million on advertising with 7.8 billion in sales demonstrating their amazing strength as an “experiential brand”.

But is it possible to continue to expand the human experience of this brand while Starbucks’ transition into what Schultz hopes will be the first company to excel as both a retailer and a purveyor—in supermarkets and other mass-market channels—of consumer packaged goods? 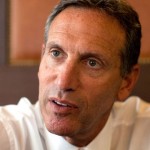 According to Schultz, “This is a unique inflection point for Starbucks; I think we’ve identified a very big opportunity to do something that really has not been done before. And that is the following: there are many, many companies, domestically and around the world, that have built a domestic national footprint around retail stores, just like Starbucks—the Gap, Costco, Wal-Mart, Coach, Zara. And there are many consumer-packaged-goods companies—Pepsi, Coke, Kellogg’s, Campbell’s. There hasn’t been one company I can identify that has been able to build complementary channels of distribution by integrating the retail footprint and the ubiquitous channels of distribution—in our case, grocery stores and drug stores.

So the model is, Starbucks can seed and introduce new products and new brands inside our stores. We introduced VIA instant coffee in our stores. Instant coffee is a $24 billion global category that has not had any innovation in over 50 years. And no growth. If we took VIA and we put it into grocery stores and it sat on a shelf, it would have died. But we can integrate VIA into the emotional connection we have with our customers in our stores. We did that for six to eight months and succeeded well beyond expectations in our stores. And as a result of that, we had a very easy time convincing the trade, because they wanted it so badly.” 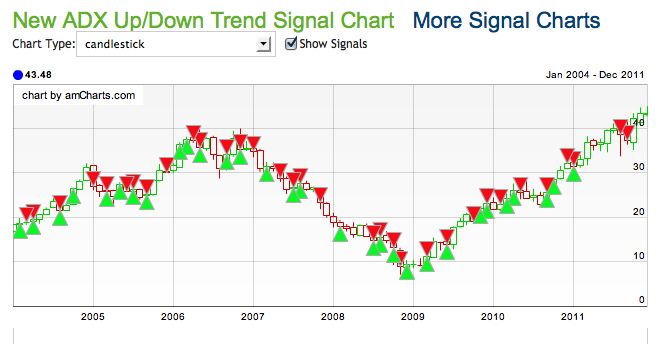 However, food stocks should be on the rise. It makes sense that with unemployment up, the housing market down, and the world economy on shaky ground that food-makers would deliver stable sales.

So the question is can Starbucks continue to introduce produces like VIA into their stores and translate the uniqueness of their brand through them into distribution channels?  Will their customers buy into all the products they introduce in their retail environment, bond with them, and then readily buy them from their local grocery store or drug store?

I don’t know about you, but I for one was completely turned off by VIA’s introduction at Starbucks.  My sense of embracing the serenity of my “home away from work or home” felt threatened by the through I was being encouraged to take a little packet of dried coffee home as a substitute for the experience of being in their retail environment. I have always bought into Starbucks being an ” escape,” a destination, a home away from home. To add insult to injury, I was told if I liked their dried coffee, which I also perceived as cheapening the brand,  I did not even have to come back into the store- I could buy it elsewhere. It almost felt like an invitation to never come back- I felt like I was losing a friend.

Howard Schultz in his 2011  book Onward: How Starbucks Fought for Its Life without Losing Its Soul specifically talks about his mission in a way that’s very different from most CEOs. “Everything we’ve tried to do,” he writes, “is steeped in humanity.”  I certainly find Schultz’s new goal as being very problematic for the brand.

Purveyors use distribution channels and have retailers who connect with end users for a reason- because retails act differently than purveyors. I have witnessed this first hand within the music industry. The clarinet company I represent, Buffet Crampon, increasingly in the 90’s adopted some of my best practices working with customers. Increasingly they acted more like a retailer than a distributor, or the purveyor they are, by increasing the attention they paid towards potential end users. They threw private parties and gave potential customers the opportunity, before retailers, to see and experience new products.

In the end, it pissed off retailers who felt side stepped and while left uninformed were expected to close the sale with the majority of the customers anyways. I am not sure how much it really did to help them grow their brand then but they have abandoned most of those practices now. While I realize, Starbucks first and foremost is recognized as an extremely well established retailer- a significant difference from being a purveyor dabbling in retail,  placing people over products simultaneously in both distribution channels and retail environments will be challenging. Distributors exist to move product and retailers exist to sell those products to people. The motivation of each is different and as a result using the same messaging for both won’t be easy to effectively manage.

While I think Schultz’s idea is very interesting to try and be the first company to excel at both,  how will Starbucks lead me or anyone else to rediscovering why we’re best friends with this as their end game strategy in their retail environment? 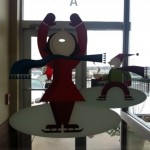 I don’t know about you, but I spend time with a best friend.  I get to know them. I also frequently see them in the same places and I don’t just spend money on them. While distributors and Schultz alike may hope Starbucks can convincingly sell us many products at the local grocery from an experience or two in their retail environment, it is yet to be seen how well they can translate the uniqueness of their brand into repetitive buying decisions in locations outside their own doors.