What Are You Willing to Risk for True Independence? 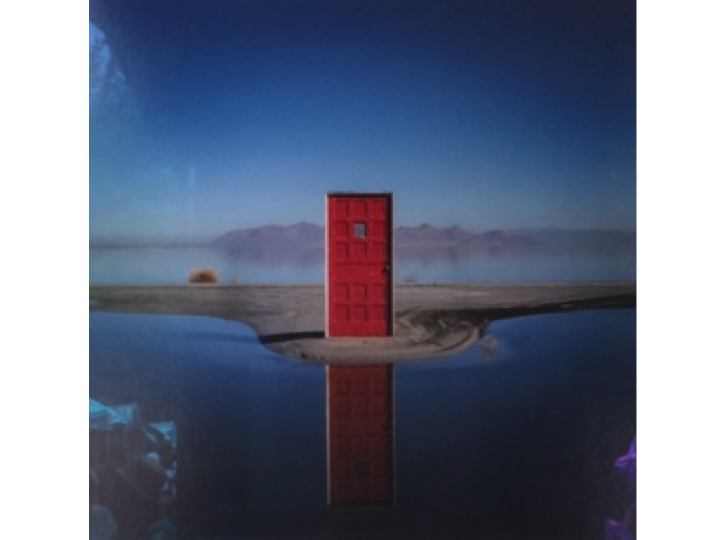 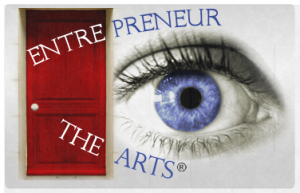 To achieve independence requires risk taking. Nothing represents the creativity required to risk for our personal and professional freedom more than the founding of America by our founding fathers. We all have much to learn from those who have risked before us and who will risk again for their independence. Will that next risk taker be you?

In honor of reaching for independence, back in 2007 during the Fourth of July holiday, I wrote a story called Do Not Enter.

Writing this story motivated me to write more stories about people who have a dream and are struggling and risking to realize them.  What all the characters have in common is their interest, for different reasons, in patronizing Miya LeBleu’s Blue Bike Shop in a town called Nowhere. Eventually I combined these short stories into a book called Build A Blue Bike. It was picked up by New York literary agent, Susan Schulman, but was never published.

This story, Do Not Enter, was also the inspiration for my design of The ETA logo.

As we celebrate this fourth of July, I hope you will be willing to open doors you never imaged you would. And I hope that by doing so your dreams will begin to come true. To risk is to creatively find a way to reach for greater freedom and independence!

Do Not Enter cautions the sign on the red door.

John stood there looking at it wondering what to do. The guy at the bike bar told him that the first red door was the fastest way out of The Blue Bike Shop but surely he must have been mistaken, thought John.  And yet, all down the hallway John saw nothing BUT red doors with the same white sign, with the same Do Not Enter boldly lettered red on each.

What a strange place thought John.  Nothin’ but blue bikes and red doors.

The Blue Bike Shop was a brand new shop in downtown Nowhere. It was filled with blue bikes in every configuration imaginable: trikes, unicycles, bicycles built-for-two, mountain bikes, racing bikes and blue peddlers for the leisurely traveler.

John had grown up in Nowhere and had never been outside its city limits. John lived down Rural Route 7, a long dirt road, which eventually, if you stayed on it long enough would take you out of town.

And today was the day John was going to begin that ride.

Impulsively, after lunch at the Bike Bar, John decided that he was ready. With every dollar he had saved in his pocket, from his job at Solo Staffing Services, he was going to buy that blue Schwinn he had his eye on.

The cash in John’s hand quickly became the bike in his dream. As a celebratory gesture the sales clerk stepped behind the bar and handed him a shot of Don Julio. With John’s throat on fire and his heart pounding with excitement, he asked ”What’s the fastest way out of Nowhere?”

The clerk smiled and said, “Go down the hall and take the first red door you see. It’s the fastest way.”

Several minutes had passed as John stood in front of the red door with his new shiny blue Schwinn, reflecting on the clerks last words.

Why in the world would this guy have told me to go through this red door if it was not the right door,  thought John.

John had never walked through a door that said Do Not Enter in his life. He also had never spent his entire life’s savings on a blue bike. John looked down the hall at the other red doors with all of their Do Not Enter signs and then he reached for the knob to his own.

“What the hell. All my life, people have been telling me ˜Do Not Enter this, or do that, or try this, because it is too hard, too risky, too much work or too something. It’s time I try to go somewhere.”

When John opened the door, this is what he saw. 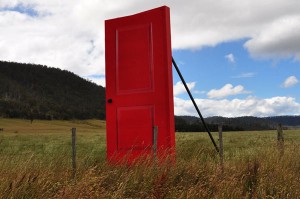 DISCOVER HOW TO OPEN YOUR OWN RED DO NOT ENTER DOOR TO YOUR INDEPENDENCE:

WRITE DOWN THE ANSWERS TO THESE QUESTIONS.


What red door with Do Not Enter written on it is stopping you from continuing to develop your artistic vision? What road blocks do you need to tear down in your mind? What about yourself do you need to accept, learn about or change to deepen your creative work?

What investment do you need to make to create a sustainable independent creative life? Write down everything you need to do in no particular order.

Who do you need to stop listening to and how will you do it? Write down every person who’s words and actions stand in your way of making true artistic, emotional and financial progress.

Where will you put your trust and who will help you in earnest to move your creative life emotionally and financially forward? True independence cannot be reached alone. It takes a village of support to make really impact FILLED life changes. Write down your plan to help you accomplish this for a minimum of 2 years. Write from your stream of conscious and don’t stop until you can’t think of anything more to write.

8 Community Causes To Give Your Time To

What are you thinking about right now?