Culture May Be the Key to Creativity 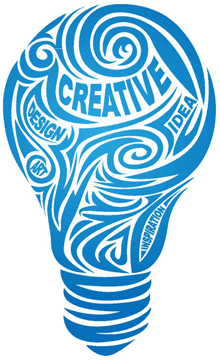 Earlier this year, Irina Bokova, Director General of UNESCO, upon receiving an honorary doctorate from Durham University in the U.K. said:

“Culture is what makes us who we are. It gives us strength; it is a wellspring of innovation and creativity; and it provides answers to many of the challenges we face today.”

John Lobell, Professor of Architecture at Pratt Institute observed, “Visionary Creativity (seeing the economic, political and social forces in a creative’s work) is embedded in its culture, and at the same time remakes its culture.”

More and more it is being acknowledged around the world that “culture” is essential to understanding the role and responsibility of citizenship, and importantly to creativity too.

The European Commission’s Directorate for Education and Culture put it succinctly:

Culture is the general expression of humanity, the expression of its creativity…Europe’s diverse cultures, its history and geography are a significant source of its creativity… (And) at the confluence, Europe increases its creativity and innovation potential. In this way, the power of creativity, art and culture could be harnessed to play an increasingly important role in driving economic and social progress in Europe.”

The United Nations, particularly the UN Conference on Trade and Development (UNCTAD) and the UN Development Program (UNDP), are working hard to help even the poorest of nations that they too can be participants in the new economy. They too, see culture and increased cultural production of both products and services as key to the economies of the developing world.

A 2010 UNCTAD/ UNDP report on The Creative Economy said:

The Secretary General of UNCTAD, Supachai Panitchpakdi, expressed his pleasure that:

“The world economy has seen an extraordinary expansion in the last five years, and the creative industries are in the forefront as a result of the globalization and connectivity that have been reshaping the overall pattern of cultural production, consumption, and trade and transforming lifestyles worldwide.”

The creative sector is globally one of the fastest growing exceeding economic expectations. In just the last 10 years for example, exports in this sector almost doubled to over $60 billion. Estimates value the sector at seven percent of the world’s gross domestic product and forecast 14 percent growth per year.

In both developed and developing world Creative industries are clearly a key driver of the digital economy in the world. Exports of creative goods have increased from $55.9 billion in 1996 to 136.2 billion in 2005, or about 140 percent but the Chinese economy was responsible for much of the growth. Sadly, too many other less developed countries cannot take advantage of the rise in the world’s growth of creative industries.

There are many reasons for this. But as the Carnegie Council pointed out years ago:

Governments and corporations in most developing countries have not fully appreciated the ways in which their economies can diversify and take advantage of emerging opportunities. Often the cultural industries are not seriously regarded as an economic sector, the key stakeholders are poorly organized, and its economic value remains largely undocumented. In this context, policy measures have typically been absent. Changing this mindset is the first step forward.

That was their thoughts over 5 years ago. Reading some of the discussions in Africa, at the UNCTAD Creative Economy Meeting in Cape Town (6-9 October 2013), you get the feeling that progress is still very slow.

It was obvious to those in attendance, as Carolina Quintana from a pharmaceutical company in Philadelphia told CNBC Africa, that:

“We need to have the support of governments, this is very important. We need to support the arts through policy making from a national, local to city level… we still need to instill more business sense…the associations, international organizations and the governments should be supporting entrepreneurship development skills and helping them in opening new markets.”

There is much yet to be done closing the digital divide.