Schumpeter’s vision of the lone entrepreneur is so entrenched in our minds that we unconsciously tend to believe that entrepreneurial flair is a matter of genetics; a recent ECSI survey I conducted found that 68% of business leaders firmly believe that great innovators are born and cannot be made.

But scientific evidence of the last 30 years has proven just the opposite. Many of the traits we assume to be genetically determined are in fact the product of one’s environment. A famous study on identical twins aged between 15 and 22 found that while 80% of IQ differences were attributable to genetics, only around 30% of the performance on creativity tests could be explained that way.

That’s a tremendously significant finding. It means that we can work on learning and improve our creativity. It also means that we can damage our creativity — and a number of studies confirm this. According to several of these, most children display highly creative thinking before going to school but gradually lose this creativity as they progress through schooling. You can imagine pretty much the same kind of process going on as initially young, enthusiastic recruits proceed up the corporate ladder. How creative are they likely to be once they’ve reached the top? 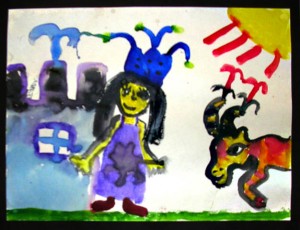 Of course, not every child is going to be a Leonardo da Vinci, nor is every young manager a Steve Jobs. But people who point to that fact are missing the really important truth about creativity, which is that there’s Creativity as in genius (the 30% that goes with your genes) and creativity as in attitude and mindset (the 70% that you can do something about). We tend to muddle these two quite different types of creativity and it’s working on the little c that I’m talking about here. This is not an arbitrary distinction I’m making up — it’s backed up by plenty of psychometric and neuroscience research (for a recent book on the subject, try Anna Craft’s Creativity in Education).

Arguably, little c creativity is a bigger deal in business than the big C. When you dig into the back-story of Apple, you soon start to recognize that it wasn’t all about Steve. Steve, actually, was wrong a lot of the time. If it had been entirely up to him, Apple would never have opened the App Store. What made Apple great was the combination of Jobs’s genius with the little-c mindsets of the people he worked with and who weren’t afraid to express their own ideas.

I think that Steve thought that as well — not, perhaps, in his first spell at the wheel, but certainly in his second. When asked what he thought was his most important creation, Jobs, instead of mentioning the iPod or iPhone, said it was Apple, the company. He claimed that “making an enduring company was both harder and more important than making a great product”.

Alessandro Di Fiore  is the CEO of the  European Centre for Strategic Innovation, based in Milan. He can be reached at adifiore@ecsi-edu.eu

Creativity with a small c

Building Shared Language and Entrepreneurial Minds at The IAE