One of the most interesting things about blogging is the emails you receive from folks you don’t know. I love it because so often it produces new friendships and new ideas to share with readers. Thanks to an introductory email Eugene Cantera sent to me about his work at The Dallas School of Music, I asked him to write a story about the school to share with you. I love the concept of “creating your own check box” in Eugene’s story!  What new category will you create with your new idea and creative (ad)venture? 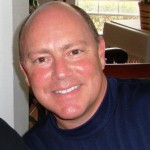 Written by Eugene Cantera, The Dallas School of Music

What’s our check box?  We are entrepreneurs in music education. Yes, you heard me right. I’ll give you a moment to re-read that one more time. We’re used to it.

We began our endeavor in 1992 by opening a for-profit music education “firm” called The Dallas School of Music, Inc.  It’s the brain-child of Dr. Bob Lawrence who thought that music education could and should stand alone, outside of academia, if packaged and marketed correctly. 20 years later we are going strong and many consider us to be the benchmark for music education in our area. Although all of us have degrees in music, we have no academic affiliation – we are not part of a college or university program, no national affiliation, (as nearly all community music schools are non-profit organizations) and we are not part of a traditional “music store”. Our product is simply quality music education.

By 1994 the power and promise of the internet did not go unnoticed and we soon began to formulate a way to use technology to bring our brand of music education to the world.  In 1996 we decided that MusickEd.com (which is an homage to philosopher Chris Small’s hypothesis that ‘music is a verb rather than a noun; it is something one does and is valid at every level’) was born.  Although we were not exactly certain at that time how it would manifest itself, we had exciting ideas and and set out to create an online presence.

In 1998 the partners agreed to send my colleague and I to the National Association for Music Education’s national conference as representatives of DSM and MusickEd.com.  As stated on their site, MENC is “proudly among the world’s largest arts education organizations” and we were very excited to finally meet our colleagues and tell our story.  With nervous anticipation we arrived in Phoenix; its mountains rising abruptly out of the flat dessert and giant cacti lining sunny streets.  We made our way to the convention center and to the check-in booth.  The following account is what took place as we met our greeter, pen in hand, ready to plug us in to the conference:

MENC Welcome to MENC, how can I help you?

US  We are The Dallas School of Music and we’re attending the conference!

MENC So you are in the DISD? (Dallas Independent School District)

US No, we are a private school.

MENC About to confidently check the box….Oh, are you member of TAPPS? (Texas Association of Private and Parochial Schools)

US No, we are a private, for-profit music school.

MENC Confused stare at paper…pen moving from box to box…Ah, so you are a vendor!

US No we are attending as educators!

MENC Hmmm, OK.  I don’t know what category you fit into then.  So I am going to just draw a little box at the bottom here, put “other” and  then check that.

And so it went… and so it goes.

We’ve been drawing and checking the ‘other’ box ever since that day as it seems there is no precedent for entrepreneurial music education. We learned a lot about who we are and who we are not at that convention.  And we realized there was a gaping hole that we felt needed to be filled. We came home to share our stories with our colleagues and with a message that basically said, “we are either very smart for thinking of this, or very dumb for trying it…maybe both?”

We continued to develop MusickEd.com with even more intensity and in a few years had a clearer vision of what it could become.  While teaching daily and running the DSM campus of 400 families each week, we somehow managed to complete our Kore Series software in 2008.  This PMLP (Personal Music Learning Program) currently encompasses 20 Lessons developed for 39 instruments. It is being used by individual music enthusiasts, church groups and even public and private schools here in the states. In 2011 we will launch a Jazz Series and begin work on the Kore Series II.

One of the little ironies of this story is that next year we plan to attend the TMEA (Texas Music Educators Association) convention as members, vendors, and possible presenters.  I know there will be many more boxes drawn and checked along the way as we cross every hurdle of being music education entrepreneurs. That’s OK, we’re used to it…

Next Post
Sharing Our Creativity on The Web
Open Competition to Recognize Top 50 Startups During Global Entrepreneurship...