By Lisa Canning
8 years ago8 years ago
ShareTweet

While Gen Y’ers are known as incredibly sophisticated and technology wise, the impact of growing up with poor job prospects is contributing to a risk-adverse generation of 20 somethings says Todd Buchholz and Cambridge University student Victoria Buchholz who authored a New York Times opinion column last spring.

With a 7.8 percent unemployment rate and double and triple foreclosure rates still prevalent across the country, 20-somethings are not moving out of their parents homes, let alone moving to another state for a job opportunity. In fact, increasingly, they are not even getting their drivers licenses thanks to staying at home surfing the internet. Even bicycle sales are lower now than they were in 2000.

Today’s generation is literally going nowhere. How can this be?

In a study of 15 countries, Michael Sivak, a professor at the University of Michigan’s Transportation Research Institute (who also contributed to the D.M.V. research), found that when young people spent more time on the Internet, they delayed getting their driver’s licenses. “More time on Facebook probably means less time on the road,” he said. That may mean safer roads, but it also means a bumpier, less vibrant economy.

Generation Y has been labeled Generation Why Bother.

But maybe it’s just that they don’t really know themselves, as Penelope Trunk points out in her popular Gen Y blog?

Or what if all of this was true about Gen Y’ers but they are now, finally, tired of being labeled complacent and are ready to authentically awaken their lives and grow and change?

Take for example, former IAE student and Gen Y’er, Stacie Randall. This past year Stacie got married and moved to California with her new husband.

30 days ago she started a Facebook page called Conquering Complacency and organically it has attracted 8,978 likes and 1,312 people talking about it to date.

As she writes at the end of her 30 days challenge: 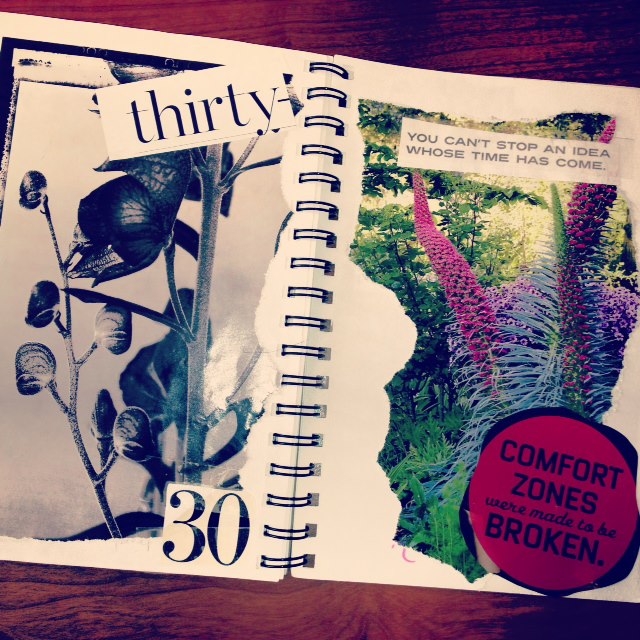 I started this journey as a result of a few variables; I recently married, relocated from Chicago to LA, leaving all the familiar faces and places many miles behind. To my surprise I started feeling anxious and lonely. A foreign feeling as I’ve moved around and adjusted to new cities before, and this time it’d be easier as I married my best friend, right?

I knew I needed to take action. I had a responsibility to my husband and myself to keep my head in the game, no pity party for this girl.

I formed Conquering Complacency to keep me accountable. Based on all the private messages I received, however, I realized this was no longer just about me.

Conquering Complacency has taught me that it’s more than a 30-day challenge. It’s a lifetime commitment in order to live a fully “charged” life.

And indeed it is. Thanks Stacie for setting the example. Now take it a step further. Let’s get those readers of yours out of the house and taking some risks like you are.  Let’s take some risks and conquer complacency Gen Y’ers. It’s time.

What motivates you to explore your creativity? Follow me @IAEOU

Self Awareness: The Secret Ingredient for Success

College Students: Great Internships have never been easier to find.