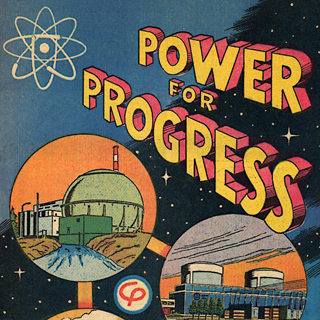 Imagine being in classroom and having your teacher assign you a comic book for the week. Don’t you think that comic book would get read a whole lot quicker than a traditional text book? Learning is one of the most empowering things a person can do with their life and can be quite fun, yet the mediums used in classrooms are dated and have caused students to think that learning is drudgery and boring.

Comics teach in a format that todays younger people can easily absorb. Youth that have grown up in our media-saturated world are visual learners who crave a certain level of stimulation; otherwise they feel bored. Unfortunately, many students are being labeled as ADD when actually they are just having a hard time sitting in a chair all day being bored and underwhelmed. This is obviously not the fault of the student or the teacher; it is time to address the medium.

A few years back I read an inspiring book by Valerie Kirschenbaum called Goodbye Gutenberg: How a Bronx Teacher Defied 500 Years of Traditions and Launched an Astonishing Renaissance. Valerie’s students had the worst reading scores in her district, so she began making the text more visually pleasing for her students. Changing the colors and font of text, enlarging important words, using forward and reverse italics and incorporating design flow into the reading assignments. Her students reading scores rose to the top of the district in no time!

In South Africa, The Nelson Mandela Centre For Memory introduced a series of comic books to tell the story of Nelson Mandela to youth who were born after he was released from prison. The first comic was released in October 2005, and each subsequent comic has been distributed at intervals of several months. The Nelson Mandela Centre of Memory wishes to make the comics interactive by using them as a teaching tool in schools and by means of feedback sessions with rural communities in particular. As a result, they’ve developed an interactive comics exhibition to support the outreach of the Madiba Legacy comic series and it has been quite successful.

Now, PBSKids has introduced WordGirl, SuperWhy, and Cyberchase as educational comics for kids that are partnered with engaging television shows. Scholastic has jumped on board with authors like Sari Wilson, who wrote State of Emergency, True Tales of Survival in the Wake of Hurricane Katrina which is also an educational comic. There is even a book by Katie Monin called Teaching Graphic Novels, Strategies for the Secondary ELA which promises to “Harness the power of graphic novels to promote literacy and engage all secondary students.” Comic creator Josh Elder founded the educational nonprofit organization Reading With Pictures to promote the use of comics in the classroom.The use of transmedia storytelling will continue to evolve in the classroom as technology and the market catches up and I will be doing an article about that in the near future.

Giggle Bubble Dreams is a recently completed book that teaches children about the interconnectedness of nature while empowering youth with notions of community social responsibility using fantasy and comics. Giggle Bubble Dreams is a collaboration between myself and Bret Blevins (Emmy Awarded Artist whose video blog was featured in my previous post) with contributions from multiple artists including music from Grammy-Winning musician, Cyril Neville and illustrator, Ryan Huna Smith. Smith is a Native American Artist who contributed to “Tribal Force” a collection of Native Superheroes including Frybread Man. The notion of superheroes teaching social responsibility and defending nature and tribal ways instead of beating each other up is a notion whose time has come! Please enjoy the interview with Ryan Smith below, see his beautiful art and learn a little something about native culture in America.

Education is multidimensional, and there is an interconnectedness that visual art and creative design can convey beyond words that keep students engaged and having fun while learning. Free Comic Book Day is May 5th and participating comic book shops around the world give away comic books absolutely FREE to anyone who comes into their stores. So go to your local comic store and ask what kinds of educational comics they have available!

Jacob Devaney is Founder and Director of Culture Collective. As a creative activist, Jacob wears many hats including, web-designer, circus performer, pianist, film-maker, producer, and writer. Chasing inspiration and participating in community service, working with youth, educators, and facilitating cultural exchanges have him continuously seeking balance in his many creative endeavors. Jacob is a member of the Creative Activist community at Creative Visions Foundation.
Previous PostPreviousNext PostNext

Comics Instead of Textbooks?

The culture of open space creativity- a look inside Noisebridge