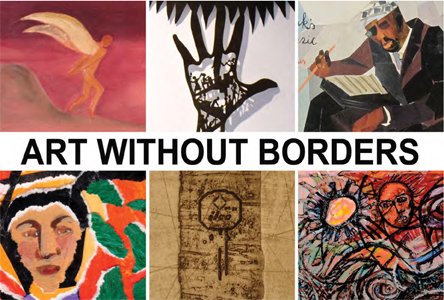 Can art lead the way? 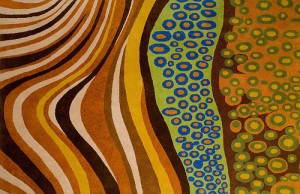 Kenichi Ohmae, author of The End of the Nation State: The Rise of Regional Economies argues that the nation-state is becoming obsolete because it is no longer the optimal unit for organizing economic activity. San Diego/Tijuana is often cited as representing one of the new metropolitan regions, according to Ohmae and other economists looking at potential “region- states” in the emerging global economy.

Yet according to a $2 million dollar poll by the San Diego Foundation reported this week, only 9 percent of those participating see border issues and border cooperation as a priority. This parallels a report by the San Diego Union Tribune who found 20 years ago that only half of San Diegans had ever crossed into Mexico. The rest expressed little or no interest.

Nonetheless, maybe art can lead the way. In just the last few years Tijuana art has crept into prominence… internationally and of course, in San Diego too.

A tunnel connecting the two cities for smuggling people and drugs was discovered in 2004 and all parties responsible were caught, arrested and imprisoned. On the Tijuana side a house — where the opening to the tunnel was hidden — was converted and is now an art center know as La Casa del Túnel: Art Center. It is now a place for art and culture and community development.

The Center features gallery space for art exhibitions and includes an international artist-in-residency program with studios for visiting artists, writers and other creative people, a rooftop border observation deck and cafe. Stefan Falke, a German freelance photographer settled in Tijuana three years ago because of the energy and the art scene. He compares the San Diego/Tijuana border to the one separating West and East Germany. He is only one of the artists now coming from around the world to blur the border with their art. The Center’s goals are very clear: “To create a new model at the US/Mexico Border region for sustainable cultural development, and to help restore the environmental viability of the border region in Tijuana with full participation from all stakeholders.”

Just a few blocks away is Arturo Rodriquez’s La Caja, a converted warehouse where artists from Tijuana and around the world are beautifully exhibited, and where San Diegans and locals visit for food and wine with their art. In alleys and on the “border wall” itself is art, and more art… maybe graffiti too, but it is art nonetheless.

Almost everywhere is the sense that something “big” is happening in the neighborhood. Arturo is not just a gallery owner but also an entrepreneur who openly invites San Diegans to experience the art and culture of the border, and is eager to show off his artists in the prestigious annual San Diego Art Fair.

Last year, The Front, a visual art space in nearby San Ysidro, teamed up with the San Diego Art Fair and Tijuana’s La Casa del Túnel to launch an exhibit called “Twins in Twain: Agreed Invisible Tethers Between Strangers.” The exhibit had 20 artists, 10 residing in San Diego and 10 in Tijuana. It was a show of solidarity with the idea that art knows no borders, and that through art and culture, political barriers will become less of a hindrance to unity.

And in the art gallery located on the campus of the University of California at San Diego (UCSD), seven artists from either side of the border dividing San Diego and Tijuana were represented in an exhibition last fall that dealt “head-on with politics, immigration, the environment and other hot-button issues — through the lens and sensibility of artists working in multiple media.” Called “Tijuana/San Diego: Cooperation and Confrontation at the Interface,” it included a panel discussion and Q&A with six of the seven presenting artists.

Businessman Pete Garcia, an engineer and an artist believes what is happening at the San Diego/Tijuana border foreshadows great changes for the growth and prosperity of the region — and that the wall separating the two cities has to come down. It has occurred elsewhere in the world, he points out, and asks rhetorically, why not here?

About John M. Eger
John M. Eger, Van Deerlin Endowed Professor of Communications and Public Policy and Director of the Creative Economy Initiative at San Diego State University teaches in the School of Journalism and Media Studies, and the SDSU Honors Program.He is an author and lecturer on the subjects of creativity and innovation, education and economic development, and also serves as President of The World Foundation for Smart Communities, a research and educational organization dedicated to helping local communities connect to the global economy.A former Adviser to two Presidents and Director of the White House Office of Telecommunications Policy he helped spearhead the restructuring of America’s telecom Industry and was Senior Vice President of CBS responsible for worldwide enterprises, which opened China to commercial television.

More recently he served as Chair of California Governor’s first Commission on Information Technology; Chair of the Governors Committee on Education and Technology; and Chair of San Diego Mayor’s “City of the Future” Commission.

He is the author of over 100 articles, books and book chapters. More recently he authored the seminal “Guidebook for Smart Communities”, a “how to” for communities struggling to compete in the age of the Internet; “The Creative Community: Linking Art, Culture, Commerce and Community”, a call to action to reinvent our communities for the Creative Age; and “Art Education and the Innovation Economy”