10 Tips When Creating Your Next Business Billboard 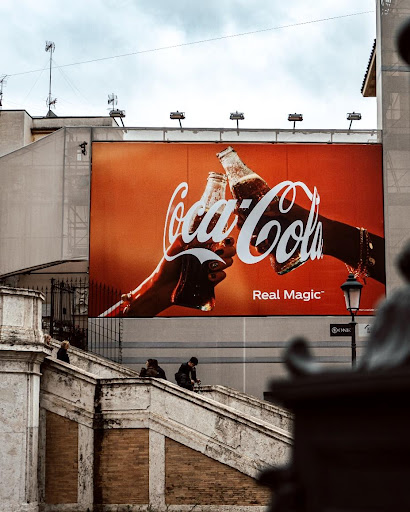 Billboards are one of the most sought after advertising products for any business. They are eye-catching and can be seen by a lot of people. However, not all billboards are created equal. When creating your next billboard, you need to keep in mind certain things to make sure the billboard gets noticed and generates leads. When it comes to making the most out of your billboard campaign, make sure you include these top ten tips.

It may seem counterintuitive, but using fewer words on your vinyl billboard can actually be more effective. People driving by will only have a few seconds to read your billboard, so you need to make sure they can understand your message quickly. If you want people to read your billboard, stick to shorter sentences with simple words. You could even use bullet points to make it easier for people reading while driving by. Don’t use business jargon unless you are targeting a specific audience that will understand it.

When it comes to billboards, there is such a thing as too much creativity. Don’t go overboard to create something fancy and complex. You want your vinyl banners to be eye-catching and attention-grabbing, but you also don’t want them to be confusing. Be straightforward with your message and make sure it is easy to understand. Remember, the people who will see the billboard will only be able to observe for a few seconds, so they don’t have time to solve puzzles and figure out complex messages. The last thing you want is for people to see your billboard and have no idea what it’s about or what you do. Ensure that the message and pictures that appear on your billboard are not distracting for the sake of the drivers’ safety

Your vinyl banner should be designed to stand out from the rest. You have to think outside the box and come up with something that will really grab attention. Use bright colors and bold fonts to grab attention. Your audience has only seconds to notice your billboard and read it as they speed on by, so keep your message short and to the point. During the vinyl printing, use large font sizes and easy-to-read fonts. This way, your audience won’t have to strain their eyes to read your billboard.

6. Capture your targeted audience with emotions

People will make more decisions based on emotions and images will tug at those emotions faster than text will. People are also more likely to remember an image than they are text, so make sure the images on your billboard are relevant and attention-grabbing. Try to avoid using images that are too complex or busy because you need people to be able to understand the image quickly and easily. The image you use should also be high quality, so it looks good on the billboard. In some cases, images only can be effective. However, it is best to accompany the images with some text so people can quickly understand the message you are trying to get across.

Depending on where a billboard is located, you need to design it in a way that enables it to interact with the surrounding environment. The idea is to have the billboard stand out and grab people’s attention. Outdoor billboards can interact with nearby trees, buildings, wires, and any other type of infrastructure or even natural features like trees and sunsets. This requires creativity and a deep understanding of the environment in which the billboard will be placed, but it can make the billboard really stand out if done right.

8. Stand out from other and get creative

You’ve heard all of the cliches, but when it comes to attracting new business it’s time to do something different. People don’t want to see the same message with every new product, they want to be pleasantly surprised. If you don’t trust you and your team to develop something that will stand out, get help from professionals. There are companies that specialize in designing effective billboards. Some of these companies also specialize in billboard printing, so they can help you with everything from developing the concept to designing and installing the billboard.

9. Include a call to action

Your billboard banners should include a call to action (CTA). A CTA is something that tells the viewer what you want them to do next. Including it on your billboard will help increase leads and sales. If you aren’t asking for something on your billboard, your potential clients won’t know what to do next. If you have an easy to remember phone number or website then make the most of it on the billboard. Your goal is to have people singing your CTA down the highway until they can reach out to you.

10. Think about the big picture

When creating your billboard, you also need to think about the overall campaign. Can you turn your text into a simple play on words? Or pair it with a thoughtful photo or image? Where else will your target audience see your message? Make sure your billboard fits in with the rest of your marketing efforts to create a cohesive campaign that resonates with your target audience and fits into your overall marketing strategy. Make sure your custom billboards also align with your brand and business goals. Once your billboard is up and running, make sure to track your results to see how effective it is. Keep track of how many leads or sales you generate from the billboard and compare it to other marketing efforts. Any effort you put into billboard advertising should be given the time to gather some real results. Unlike a yard sign, you can’t just pluck your billboard out of the ground and toss it in the garage. You want to make the most of your investment so do as much research as you can ahead of time.

Having a billboard gets the message across effectively and gives a great representation of your company is key to driving up sales. However, for a billboard to come together and have all or most of the features discussed above, it requires keen effort from you and your team. Just keep the message simple and relevant, and be creative to really make your billboard stand out. Take the time to think about your design, location, target audience, and other features that determine the success of a billboard. And don’t forget to track your results to see what’s working and what’s not. With a little bit of effort, you can create an effective billboard that will help increase leads, sales, and brand awareness for your business.

Daron Saunders is a content creator at Printmoz with in-depth knowledge and experience in marketing. When not creating content, Daron likes to swim and run.

How to Use Deicers for Commercial Properties